Adobe CTO Kevin Lynch believes Apple is inciting and condoning negative campaigning against Flash, according to comments made in an interview with Fast Company.

Lynch first addressed negative press surrounding a recent Ars Technica test that found the MacBook Airs battery life was reduced by up to two hours when Flash was installed.

"It's a false argument to make, of the power usage," Lynch explains. "When you're displaying content, any technology will use more power to display, versus not displaying content. If you used HTML5, for example, to display advertisements, that would use as much or more processing power than what Flash uses."

Lynch said several studies have confirmed Flash's higher battery life but did not point to any study in particular. The Adobe CTO also expressed concern with Apple's behavior in recent months.

"I just think there's this negative campaigning going on, and, for whatever reason, Apple is really choosing to incite it, and condone it," Lynch says. "I think that's unfortunate. We don't think it's good for the web to have aspects closed off--a blockade of certain types of expression. There's a decade of content out there that you just can't view on Apple's device, and I think that's not only hurtful to Adobe, but hurtful to everyone that created that content."

"That's what upsets me the most," he says. "That people put energy into making this stuff, and now some percentage of viewers can't see it anymore because one company chooses so. That's just totally counter to our values." 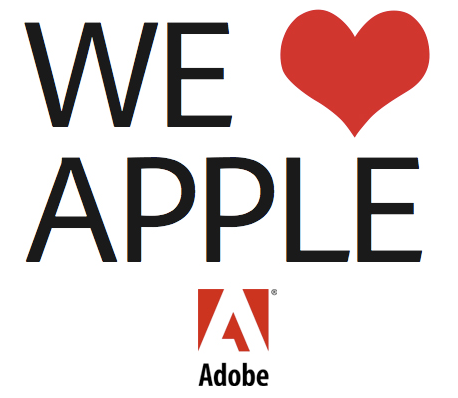