Apple could add capacitive touch buttons to the lid of future MacBooks, according to a new patent filing found by AppleInsider.

The external "buttons" could be used to indicate certain status information with the device, such as battery level or Wi-Fi connection strength. The buttons could also disappear by using invisible holes and backlighting to make them selectively visible, much like the indicator light for use of a FaceTime camera on a MacBook Pro.

But in addition to displays, the virtual buttons would also have either a proximity sensor or a capacitive touch sensor, or both, allowing users to control elements of the computer even while its lid is closed. Specifically mentioned in the application are traditional buttons for media playback, like play, pause, and volume increase and decrease.

The patent also suggests the buttons could be used to start or shut down the computer. 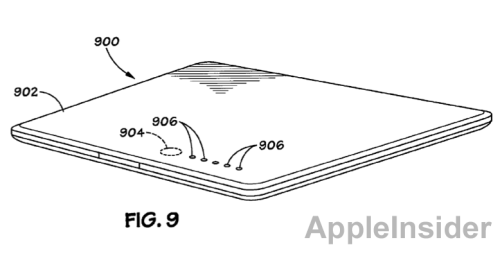 John - February 25, 2011 at 8:04pm
One mistake in your report. The report was actually filed yesterday, not today, by this site: http://www.patentlyapple.com/patently-apple/2011/02/apple-considers-adding-invisible-itune-controls-to-macbook-lid.html There\'s more background to see on that report too. Apple just might use a form of this technology in the future.
Reply · Like · Mark as Spam