WINGStand is an upcoming accessory that connects your iPad or iPhone to your Apple Wireless keyboard in any orientation.

The WINGStand creates the world's sharpest multi-touch laptop by physically integrating a wireless keyboard with an iPad, tablet, or smartphone. It connects to a full sized keyboard making it possible to type naturally as one would with an actual computer.

The WINGStand is manufactured via a process called injection molding. This allows us to assure an impeccably high quality product, but it also entails a large upfront cost for initial tooling. The purpose of the Kickstarter campaign is to raise enough money cover these upfront costs and make the WINGStand a reality. 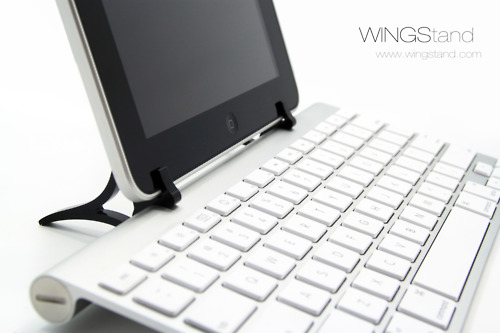