Today, Sotheby's New York auctioned off Apple's founding contract signed on April 1, 1976 by Steve Jobs, Steve Wozniak, and Ronald Wayne. The contract was estimated to sell for $150,000 but soared past that price with a phone bidder acquiring the document for $1.59 million, according to Bloomberg.

The contract was initially owned by Wayne, who met Jobs while working at Atari Inc. Wozniak, a friend of Jobs, worked at Hewlett-Packard Co. (HPQ) Jobs enlisted Wayne to persuade Wozniak to join Apple. His success in doing so earned Wayne a 10 percent share in the new company. Eleven days after signing the contract, Wayne withdrew as a partner. The move is documented by a County of Santa Clara, California, statement and an amendment to the contract, both of which were included in the Sotheby's lot. Wayne received $800 for relinquishing his 10 percent ownership of Apple, according to the document. He subsequently received an additional payment of $1,500, according to Sotheby's.

No word on who the phone bidder was... 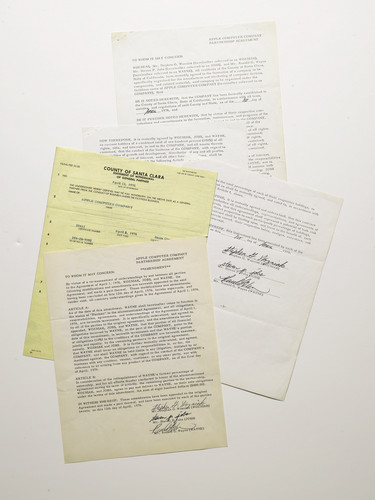 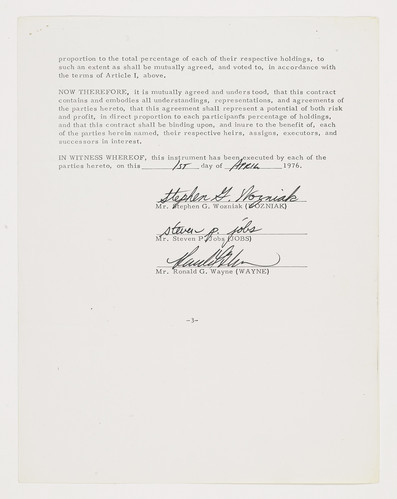