A new survey by PCMag found that Windows Phone 7 has tied Apple's iOS in customer satisfaction.

Overall both Apple and Microsoft's operating systems scored an impressive 8.7 out of 10. Android scored 7.9 and BlackBerry scored a low of 6.8.

While Apple and Microsoft rated the same for overall satisfaction, Windows Phone actually received slightly higher satisfaction ratings than iOS in several key areas, including reliability, text messaging, Web browsing, and gaming. Apple's iOS, however, rates substantially better than Windows Phone for satisfaction with the quality and availability of apps and its music player.

When smartphone owners were asked how likely they were to recommend their phone to others, iOS received a rating of 9.2, Android scored 8.2, and Windows Phone scored 8.8.

While Windows Phone 7 has failed to gain popularity despite its excellent reviews, Microsoft, Nokia, and AT&T are about to launch a big marketing campaign for the new Nokia Lumia 900. 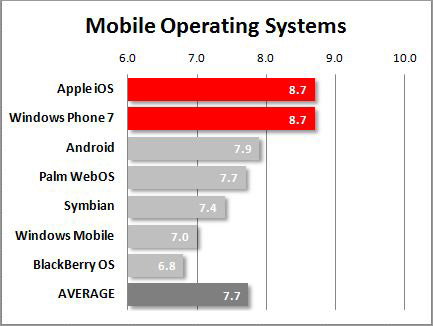 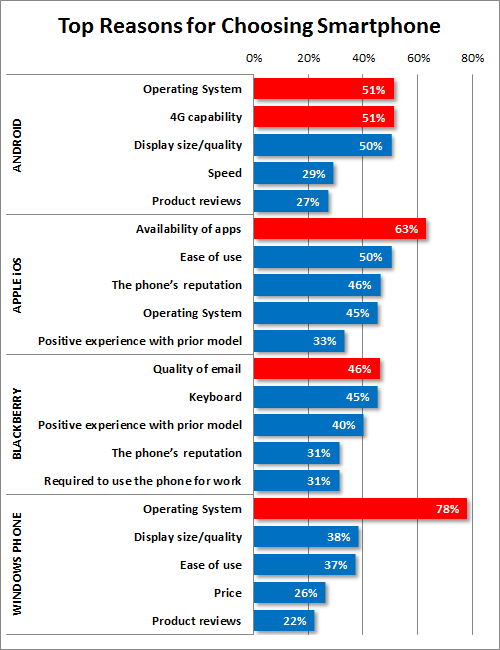 Dancj - March 29, 2012 at 7:24am
I find the stat quite believable. I've had a play with a Windows phone and the UI is very very nice. Ones that OS caches up with others in functionality (like having folders) and gets a decent number of apps then it's going to be a really good option.
Reply · Like · Mark as Spam

Name - March 29, 2012 at 12:43am
Of course, windows phone received such good ratings...because only Microsoft employees are the ones buying them. Any survey regarding windows phone is just dumb. Let it go!
Reply · Like · Mark as Spam

MunkHOUSE Joe - March 29, 2012 at 12:00am
LMFAO @ this article.....Im sorry, how many iOS and Android subscribers are there again? Exactly!! I didn't think Windows STILL made phones, RIMs been on a steady decline the past couple years, but Microsoft still can't even come close to the amount of subs they have
Reply · Like · Mark as Spam

NoGoodNick - March 28, 2012 at 8:42pm
And of course "PC Magazine" has no investment in the answer, just as their readers aren't predisposed to a MS based phone?
Reply · Like · Mark as Spam
Recent