Charlie Miller, a renown hacker of Apple devices, has announced that he's been hired by Twitter, reports Forbes.

This morning, Miller tweeted, "Monday I start on the security team at Twitter. Looking forward to working with a great team there!"

Forbes contacted him to inquire about the new job:

Miller, who previously worked at the consultancy Accuvant, told me in a phone call that he couldn't offer any information on exactly what he'll be doing at Twitter-He wouldn't even name his title. But I've heard rumors since last winter that Twitter has sought to hire Miller as a full-time penetration tester to probe the service for hackable vulnerabilities and help fix them. Given his pedigree as an elite pen-tester for several security firms and a former "Global Exploitation Analyst" for the NSA, it's likely his new job will involve playing that same role as a highly-skilled intrusion artist for Twitter's security team.

Over the past few years, Miller has exposed numerous iPhone vulnerabilities including the first exploit to fully compromise the iPhone through its web browser. He also coauthored the iOS Hackers Handbook. 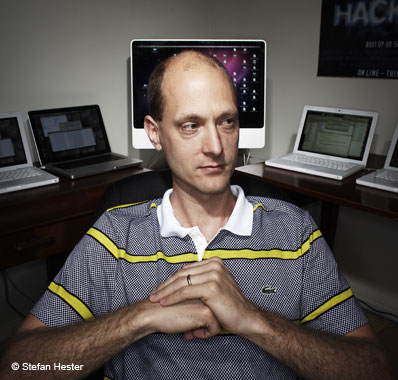