Google has announced that its holding an Android event on October 29th at 10AM ET, reports The Verge.

While the invite is light on specifics aside from a tagline reading "the playground is open," the design is unmistakably a reference to the company's Google Now interface. The event's timing is significant for being on the same day as Microsoft's own Windows Phone 8 launch, something that doesn't seem to weigh too heavily on the minds in Mountain View.

It's unclear what exactly the company will announce at the event; however, we've recently seen leaked photos of a Goggle Nexus smartphone being built by LG and heard rumors of a $99 tablet. 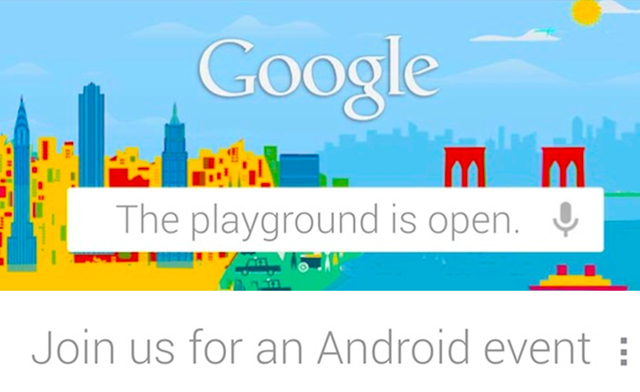