A former Apple programmer, Don Melton, has posted on his blog how the Safari name came to be.

According to the developer's blog post, Steve Jobs simply started saying names out loud to see how they sounded and felt.

During the Summer of ‘02, Steve Jobs and the Apple management team realized that we were going to pull this off — we could actually ship a Web browser by the end of the year. And at one particularly good Human Interface design session, discussion turned to what we were going to call this — thing.

As I remember, Steve just started saying some names out loud — I suppose trying them out to see how they felt in his mouth and to his ears. Which is not as odd as it seemed then — it’s a good technique now that I think about it.

I don’t recall all the names, but one that stands out is “Freedom.” Steve spent some time trying that one out on all of us. He may have liked it because it invoked positive imagery of people being set free. And, just as possible and positive, it spoke to our own freedom from Microsoft and Internet Explorer, the company and browser we depended on at the time.

During development, the browser had the internal name of "Alexander," while some developers even refereed to the browser as "iBrowse." Eventually, the Safari name was selected, and Don Melton describes his colleague, Kurt Knight, telling him of the news.

It might have been during the second week of December that I walked out of Caffe Macs, our company cafeteria, heading back towards my office after having a fine lunch, when I saw Kurt Knight, the Marketing product manager, approaching.

I met Kurt in the middle of the Infinite Loop quad. He seemed excited and said he was looking for me.

I didn’t need anymore context than that. And immediately I tensed up like someone expecting to be hit in the face. All those shitty names I’d heard over the last few months came flooding back like sewer water.

“What… is it?” I asked with my teeth nearly clenched. 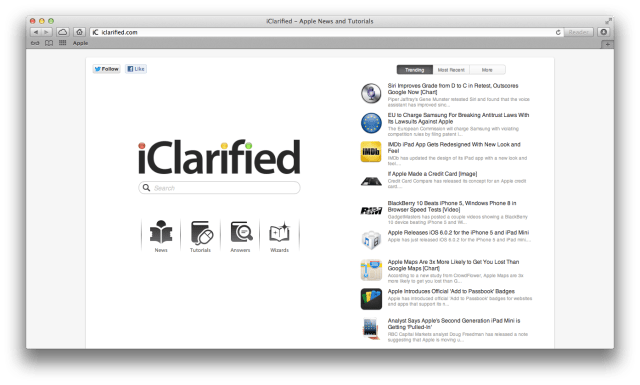