Apple has made plans to include Broadcom 802.11ac wireless chips in its 2013 Macs, reports TNW.

Sources familiar with Apple’s plans have told The Next Web that Apple has struck a deal with chip maker Broadcom to outfit its new Macs with 802.11ac chips. This will provide a much-needed boost for the standard, which is currently undergoing revisions, as electronics manufacturers look to introduce new consumer products capable of supporting high-speed networks.

Back in July, Broadcom introduced the BCM4335, the first 5G WiFi combo chip for smartphones, tablets, ultrabooks and other mobile devices.

The new BCM4335 integrates a complete, single-stream 5G WiFi system - including the MAC, PHY and RF - with Bluetooth 4.0, FM radio and software on a single silicon die. The platform-agnostic design and integration of the MAC, PHY and RF allows the BCM4335 to be added to any smartphone or tablet regardless of the application processor used.

It's thought that Apple may use that chip to bring 802.11ac to its mobile devices. 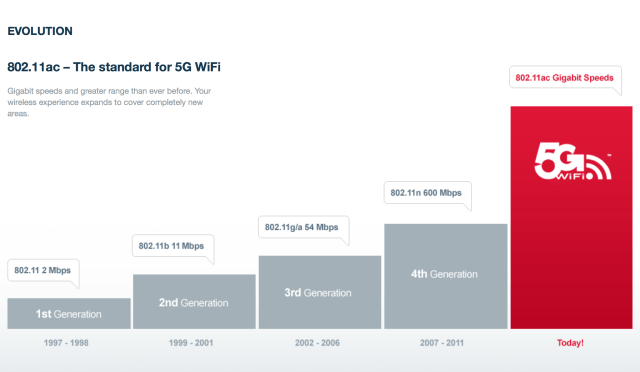