The game isn't even listed as being Mac compatible on the Steam store; however, if you purchase the title it will reportedly download and install just fine on your Mac.

What’s strange about the release is that the official Half-Life store page still lists it as Windows only, but I’ve verified that if you buy it, it will install and run on a modern Mac. Presumably, an official announcement will follow soon, but in the meantime, you can start making your way through the Black Mesa compound for just $9.99. 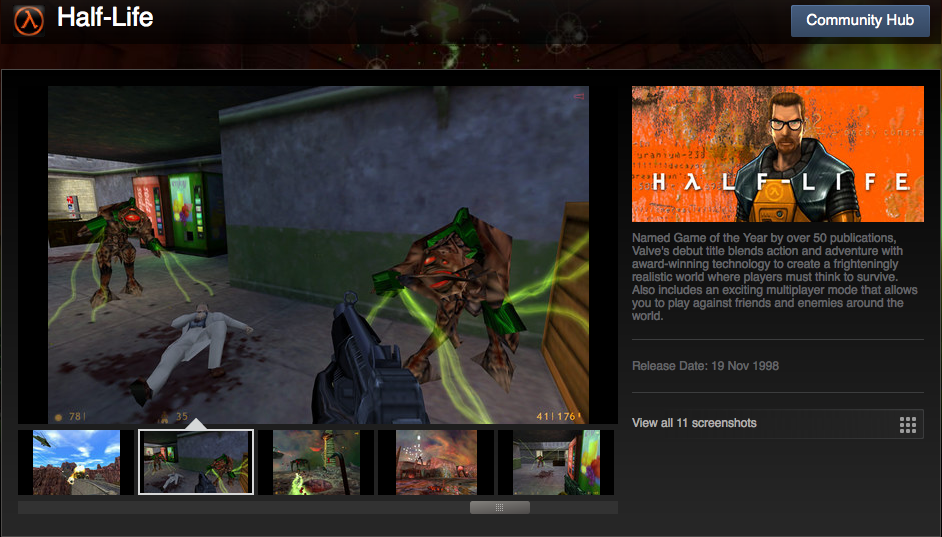 iClarified Admin - January 26, 2013 at 5:47pm
Damn huge step for technology. Stupid valve should release HL3 and theb we can talk about business.
Reply · Like · Mark as Spam
0