A SlashDot post allegedly from an Apple Engineer details how the Lightning AV Adapter works and reveals that there is no AirPlay involved.

After noticing that the adapter does not output 1920x1080, Panic tore down the adapter to reveal an ARM chip and 256MB of RAM. They surmised that perhaps the adapter was a tiny AirPlay receiver but that is not the case.

Lightning doesn't have anything to do with HDMI at all. Again, it's just a high speed serial interface. Airplay uses a bunch of hardware h264 encoding technology that we've already got access to, so what happens here is that we use the same hardware to encode an output stream on the fly and fire it down the Lightning cable straight into the ARM SoC the guys at Panic discovered. Airplay itself (the network protocol) is NOT involved in this process. The encoded data is transferred as packetized data across the Lightning bus, where it is decoded by the ARM SoC and pushed out over HDMI.

This system will let Apple output to any device on the planet by just introducing a new adapter since the device doesn't care about the connected hardware.

In regards to the poor output quality, Apple is apparently aware of the issue and is working on improvements.

Certain people are aware that the quality could be better and others are working on it. For the time being, the quality was deemed to be suitably acceptable. Given the dynamic nature of the system (and the fact that the firmware is stored in RAM rather then ROM), updates **will** be made available as a part of future iOS updates. When this will happen I can't say for anonymous reasons, but these concerns haven't gone unnoticed. 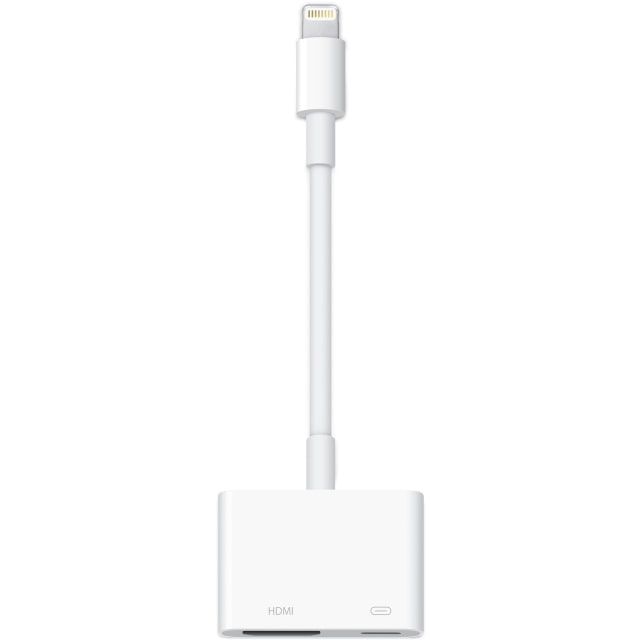