The USPTO has published a new Apple patent for an 'Electronic Device With Wrap Around Display'. The patent was filed on September 26, 2011 and published March 28, 2013.

The company describes how its wrap around display might work:

---
The majority of portable electronic device manufacturers utilize a common form factor consisting generally of a flat planar form factor with a single surface dedicated mainly for use as a display surface, while the other surfaces remain largely unused, save for the occasional button or switch. The conventional form factor has been used in devices such as smart phones, tablet devices, and electronic book readers. Although this form factor lends itself to electronic devices that are aesthetically pleasing and easy to handle, the requirement for a planar display and associated circuitry inherently limits the amount of surface area to single surface. More specifically, the size of the user interface is generally limited to a portion of the device that takes up less than half of the overall device surface area.

It will likely be a while before consumers see any products like this; however, it's interesting to see the type of futuristic devices Apple is investigating.

Check out the images below... 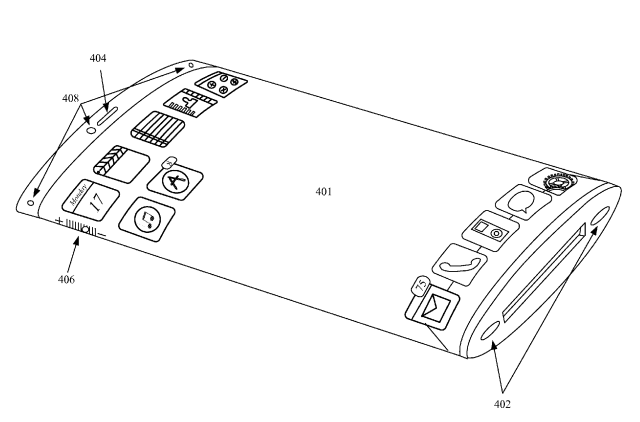 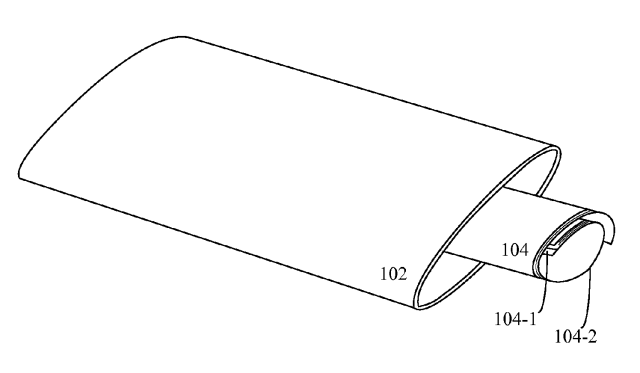 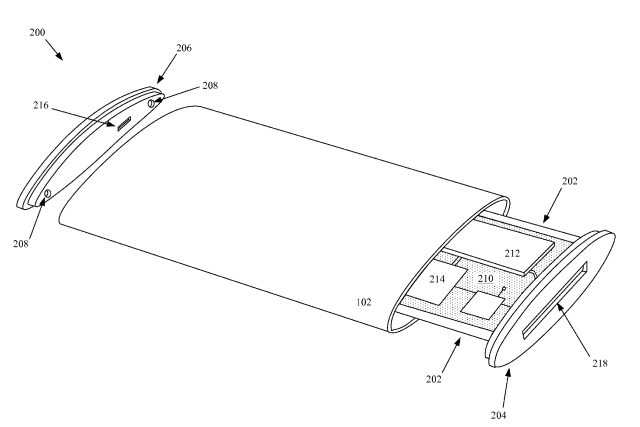 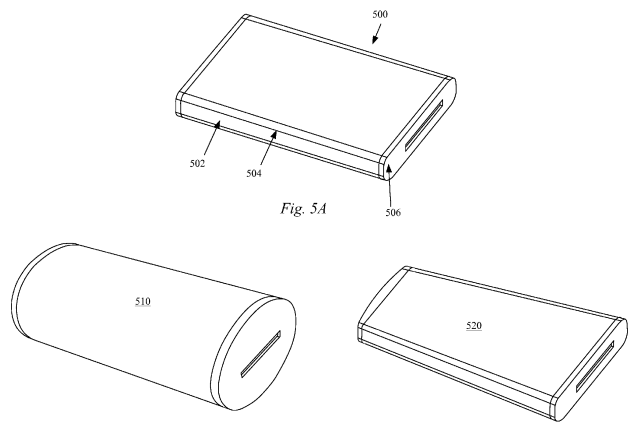 thevmax - March 28, 2013 at 6:12pm
If you can't build it, it shouldn't have a patent. As others above have mentioned, anybody can scribble something down on paper or napkin! You have an idea. I have an idea. You submit your idea on paper to the patent office. Meanwhile, I'm busy! I begin prototyping and finally building the idea. I go to the patent office and submit my prototype. I am not given a patent because you have one....This is how people with great ideas get suppressed. FOLLOW THE MONEY!
Reply · Like · Mark as Spam