Hipstamatic has announced that it will launch an entirely new app called Oggl later this week, reports AllThingsD. The app will have all the same functionality as the regular Hipstamatic app but with a new interface and business model.

Launching for iPhone later this week, Oggl is a free invitation-only app that will cost 99 cents per month or $9.99 per year to access the full library of Hipstamatic lenses and films. Oggl will feature a curated selection of photos, and users will be encouraged to share only their best work. People who have been frustrated with Hipstamatic’s inflexible editing may be pleased to learn that Oggl allows users to capture first and edit later. Oggl also has a sparse navigation around various icons that looks neat but seems like it might take a while to learn.

“This isn’t a place for duck lips, it’s not a place for your cereal. But we do want your French Laundry shots,” said Hipstamatic CEO Lucas Buick.

The service is taking invitation requests at oggl.com.

"In order to maintain a first class experience as we scale the service, Oggl is currently invitation only. We are working super hard to get you onto Oggl as quickly as possible, thanks so much for your interest…"

We'll let you know when the app arrives in the App Store. 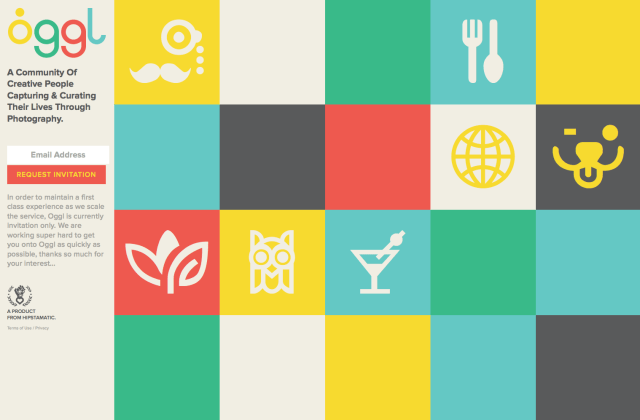