Reports from a reliable AppleInsider source state that the next-gen iPhone will have a Video Camera, as well as some other hardware changes. This does support thescreenshot found in the 3.0 beta firmware.

If in fact these rumors are true, we would likely see a Movie Editing App for the iPhone, with trimming like capabilities like the current voice memo app. And with AT&T boosting 3G speeds, could we see video files being transferred over the 3G network? Only time will tell.

Details are few and far between, but the information comes from a person who's proven extremely reliable when predicting changes to the Cupertino-based company's hardware offerings.

At this time, there's no information to suggest that video recording support will be available through anything other than a upgraded rear-facing camera that will, of course, also take still photos at a higher resolution.

The addition, however, is reportedly just one of several hardware related tweaks that will surface in iPhone revisions due sometime between late spring and early fall. Another, that same person says, will be a significant boost to gaming hardware (likely via Imagination's new multi-core PowerVR chips).

Video recording support has stood as one of the most glaring omissions from the iPhone since its inception two years ago, but the understanding is that Apple wants to get the feature "right." 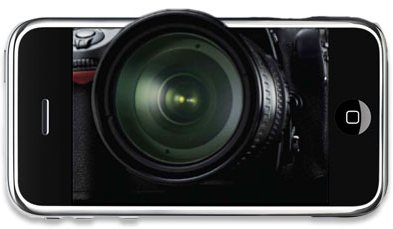 anonymous - March 21, 2009 at 3:43am
a jailbroken Iphone already has a video camera :p that means your current iphone can do this already. you\'re not introducing shit , apple. you\'re just gouging the ignorant fan flock that you\'ve done something remarkable. give it up, already. why spend even more money to get features people can get with their current goddamn iphones?
Reply · Like · Mark as Spam