Apple has greatly improved the multitasking switcher in iOS 7.

Multitasking has always been a smart way to switch between apps. Now it’s even smarter. Because iOS 7 learns when you like to use your apps and can update your content before you launch them. So if you tend to check your favourite social app at 9:00 a.m. every day, your feed will be ready and waiting for you. That’s multitasking in iOS 7. It knows what you want to do before you do.

In iOS 6, a double press of the Home button would bring up a tray of icons at the bottom of the display. Tapping a icon would launch the application. A long press of the icon would cause the icons to jiggle and allow you to kill an app.

Check out the video below to see the new multitasking switcher in action! 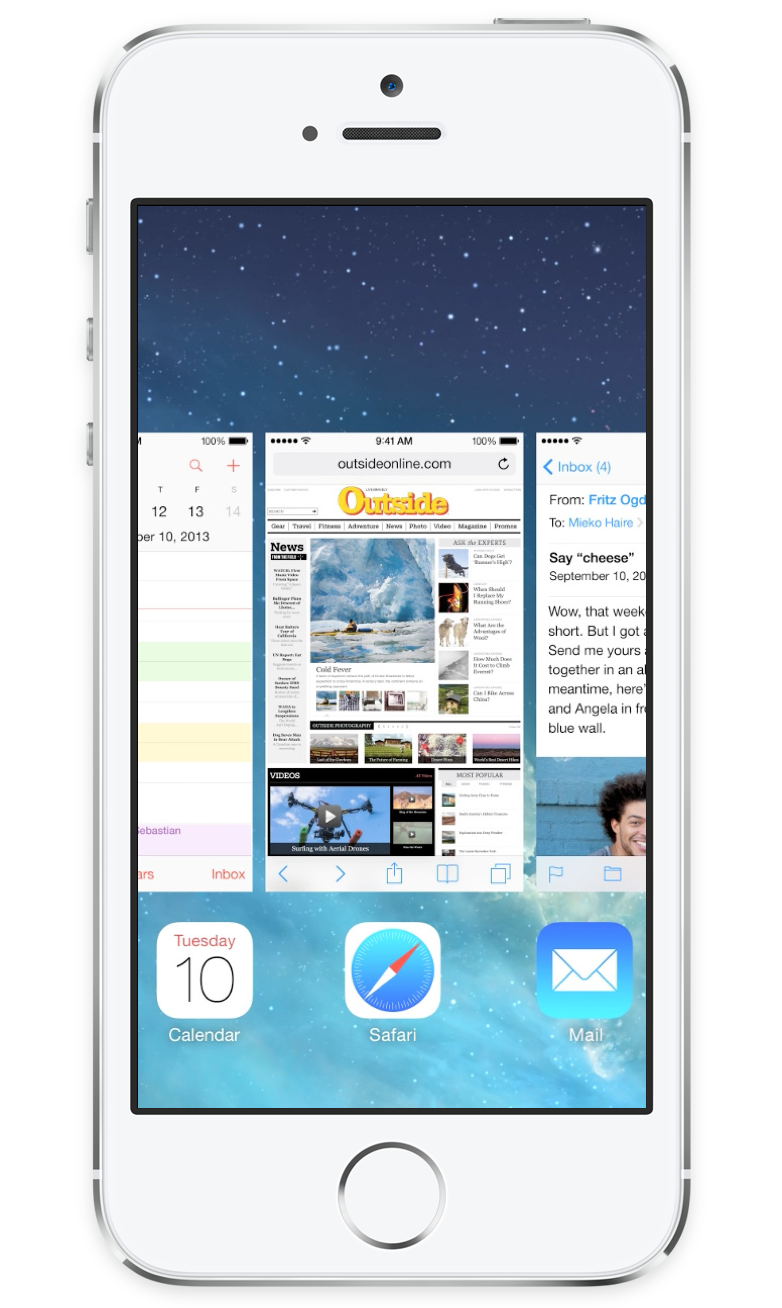 Cringe - September 19, 2013 at 1:43am
I don't really see this as and improvement. They just moved the furniture around or, more accurately, remodeled. Functionally, it's not better, it's different.
Reply · Like · Mark as Spam

demesne - September 19, 2013 at 3:11am
Yeh sure, take a kit-kat break, will talk when you are mature enough to stop eating chocolates.
Reply · Like · Mark as Spam
4 More Comments
Recent