Recently it has been speculated that Apple will use a second event to launch the new iPhone; however, there is an argument for a new iPhone at WWDC

Daring Fireball author John Grubar strongly believes the announcement will be made at WWDC: That’d be goofy. Last year’s iPhone 3G was announced at WWDC in early June, so why wouldn’t this year’s? Plus, if there are any new hardware features — like say a video camera or magnetometer — that means new APIs, and if Apple wants to have WWDC sessions for the new hardware-specific APIs, they have to announce the hardware first.

AppleInsider has made some arguments of their own noting that on average Apple has announced availability dates for its iPhones several weeks ahead of time so that launch information and procedures can be made without extensive safeguards and so that customers have time to plan their purchases.

They also note that Apple will be facing competition from the Palm Pre device rumored to launch a day or two before the start of WWDC. It wouldn't make sense for them to allow a fledgeling rival weeks of headlines when it could easily eclipse any excitement for the Pre with its own headlines.

Its also pointed out that Apple may need to demonstrate it can successfully launch a major new product without the leadership and showmanship that only Jobs would bring to the keynote.

Gruber concurs with this saying, "My gut feeling is that we’ve seen the last Steve Jobs keynote address. I don’t think he’s leaving the company — and his medical leave has been scheduled to run through the end of June — but I wonder if he’s done as the company’s spokesman."

If you have anymore arguments for a WWDC announced iPhone you can let us know in the comments... 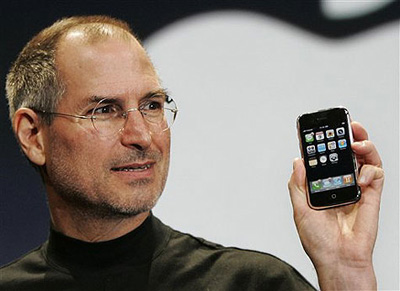