Create, edit & collaborate with others on documents from your iPod, iPhone, or iPad with the free Google Docs app.

Features:
- Create new documents or open and edit any that you started on the web or another device.
- Share documents and work together with others in the same document at the same time
- Get stuff done anytime--even without an internet connection
- Add and respond to comments
- Never worry about losing your work--everything is automatically saved as you type 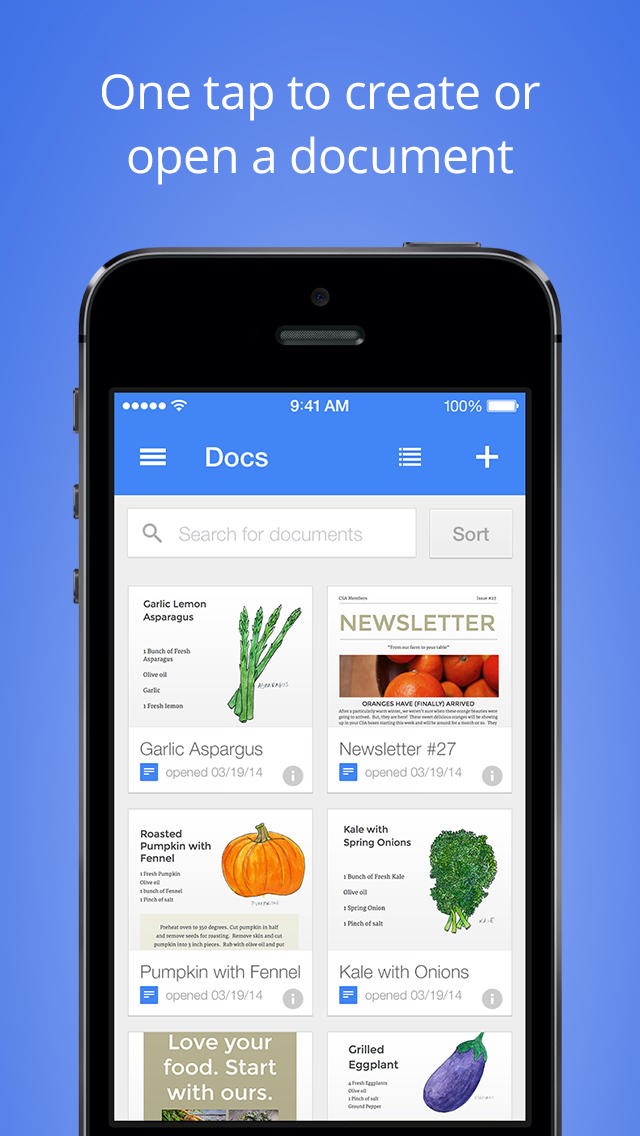 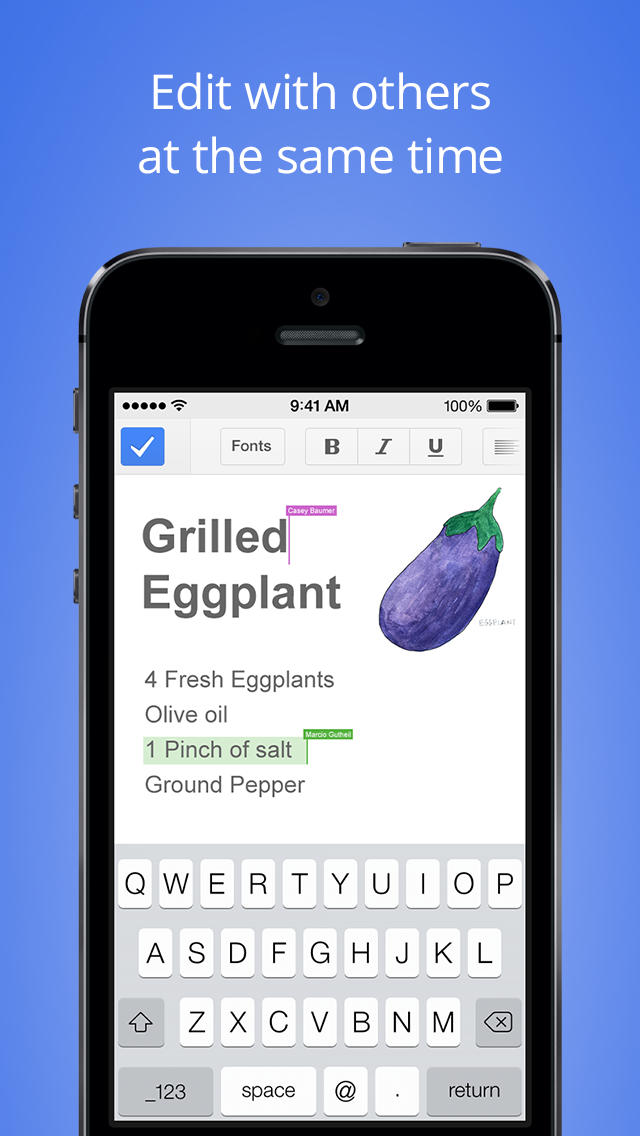 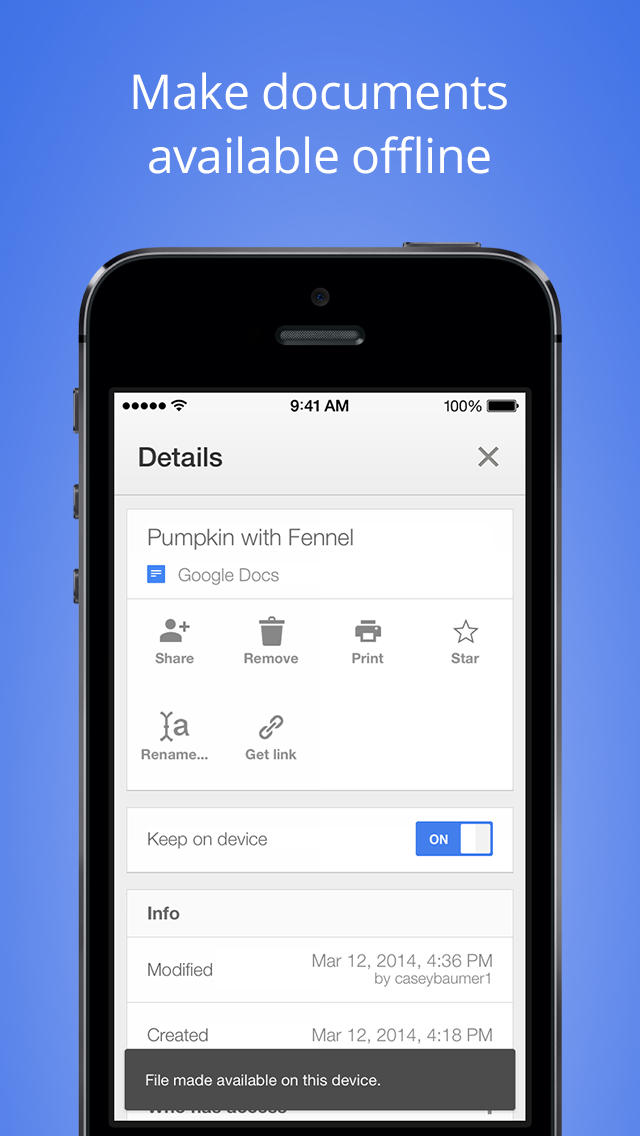 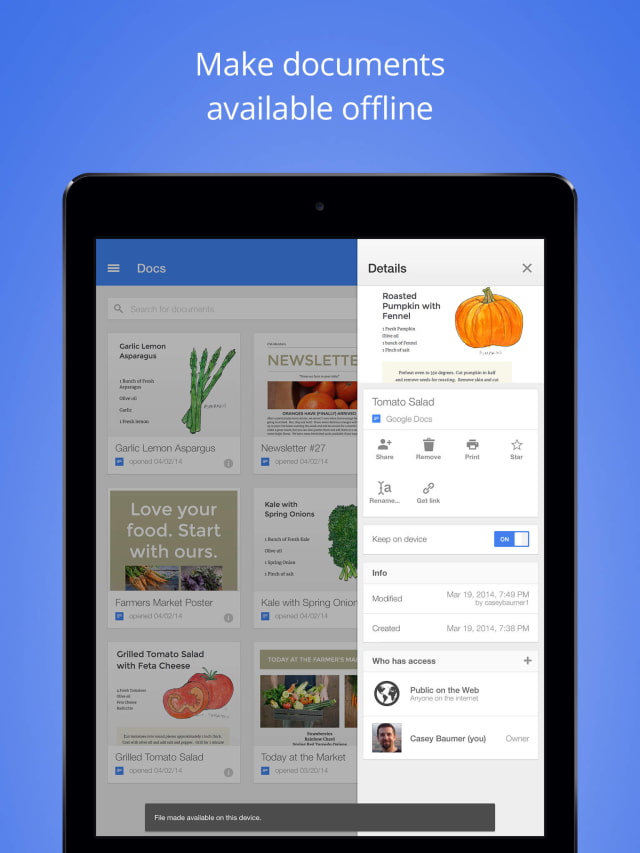 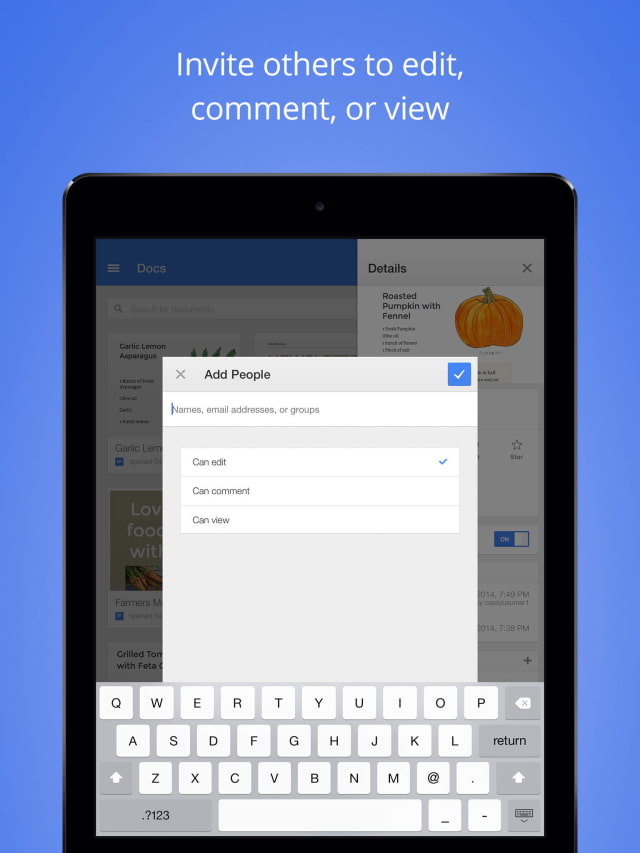