Parrot demoed it's new RNB 6 in-dash car system that is compatible with both CarPlay and Android Auto at CES 2015. The device took home two awards at CES. It received both the In-Vehicle Audio/Video Best Of Innovation Award and the In-Vehicle Accessories/Control/Navigation innovation award.

Automotive Aftermarket Program Manager Hocine Belkhoudja gave iClarified a demo of the in-dash system during CES. Take a look below!

Parrot has yet to reveal the pricing for the RNB 6, but it will be available in the second half of 2015. You can follow iClarified on Twitter, Facebook, Google+, or RSS for updates. 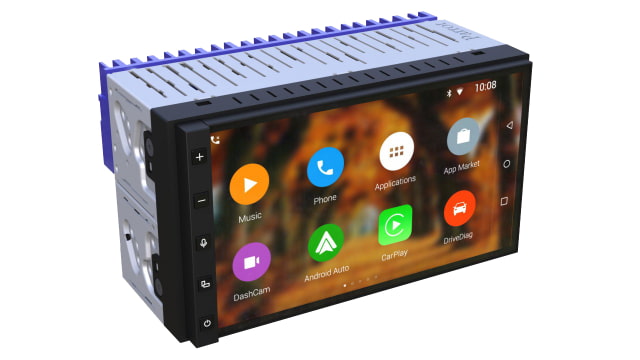 The dev - January 12, 2015 at 4:05pm
Most of the feather will need sensors meaning that better get a new car fitted with all the things.
Reply · Like · Mark as Spam

Lidoro - January 12, 2015 at 2:02pm
If the device is produced with the same quality and attention as the presenter, all our hope is lost.
Reply · Like · Mark as Spam
3 More Comments
Recent