Apple's iOS 8.2 firmware which brings support for WatchKit may not be released until March, according to BGR.

We’ve been told by a trusted source that Apple isn’t planning to release iOS 8.2 until March, according to the most recent roadmap. While iOS 8.2 will bring some general improvements and fixes to the company’s mobile operating system, the big news is the support for Apple Watch.

Notably, select developers have already been asked to submit Apple Watch apps for testing. Some of those apps could be featured an upcoming Apple Event during which the company will reveal more details about the watch and possibly new MacBooks, says the site. 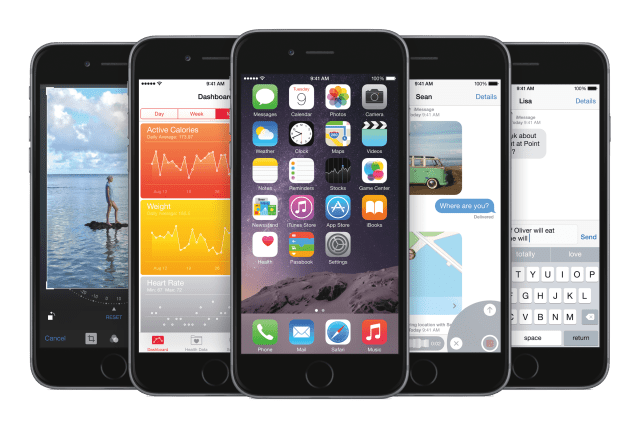 iOS8win8crap - February 8, 2015 at 5:14am
Fck iOS8!!! It got the curse of being crap from Win8... My gf keeps nagging about constant crash of certain apps/bugs even if it has been FRESH RESTORED...In the end i got stuck with this fcking iOS8 coz i lent my android phone to her in the meantime...
Reply · Like · Mark as Spam

Ios 8 is my m8, windows 8 is malware bait - February 8, 2015 at 5:30am
Damn you win8!! This is what you get when you revive the very first windows and blend it with 7 and pukes out this abomination, but ios 8, there's no reverting back to anything. It got no curse at all. This is why I dumped microscopic brains for good. Showing how they actually pushed themselves in improving then going downhill in a blink of an eye. What a shame to think something cheaply made actually would have lived up to being decent. Ios, what would I do without you? You chose me and chose right. Thank god you're here!
Reply · Like · Mark as Spam

Sugar Roll - February 4, 2015 at 4:19am
da fack? i thought we'd be at iOS 9 at that time. Meanwhile, what to do with frequently crashing iOS 8 iPhone 6+. Landscape always been a problem even with incremental iOS 8 updates.
Reply · Like · Mark as Spam