Apple has released iOS 8.4 Beta 3, build 12H4098c, to developers for download and testing. There is also a second beta available for non-developers through Apple's 'public' seed program

This beta version of iOS 8.4 contains bug fixes and improvements.

We'll let you know if there is any new features in the build. The first beta of iOS 8.4 brought a revamped Music app. 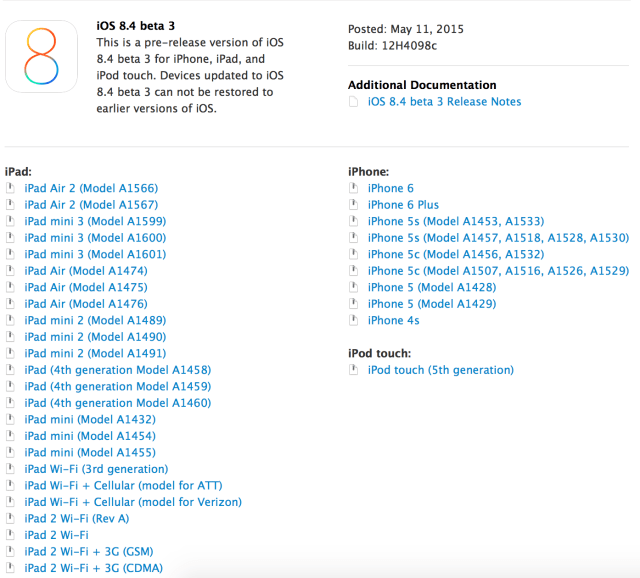