Early benchmarks for the new iPad Mini 4 reveal the tablet has a 1.5GHz Apple A8 processor with 2GB of RAM, reports ArsTechnica.

Having a whole extra CPU core makes the 1.5GHz A8X in the iPad Air 2 about 50% faster than the Mini 4, but we're still looking at a 20-or-so percent improvement over the old Mini 2 and Mini 3. That extra RAM will be good for more than just Split View multitasking, too—2GB iDevices need to eject things from memory less often, cutting down on the amount of tab reloading that Safari does and generally reducing wait times when switching between different tabs and apps.

Check out the charts below to see the GeekBench results for the new iPad mini. While the iPad Air 2 easily outperforms the iPad mini 4, the iPad mini 4 does perform better than its predecessor. 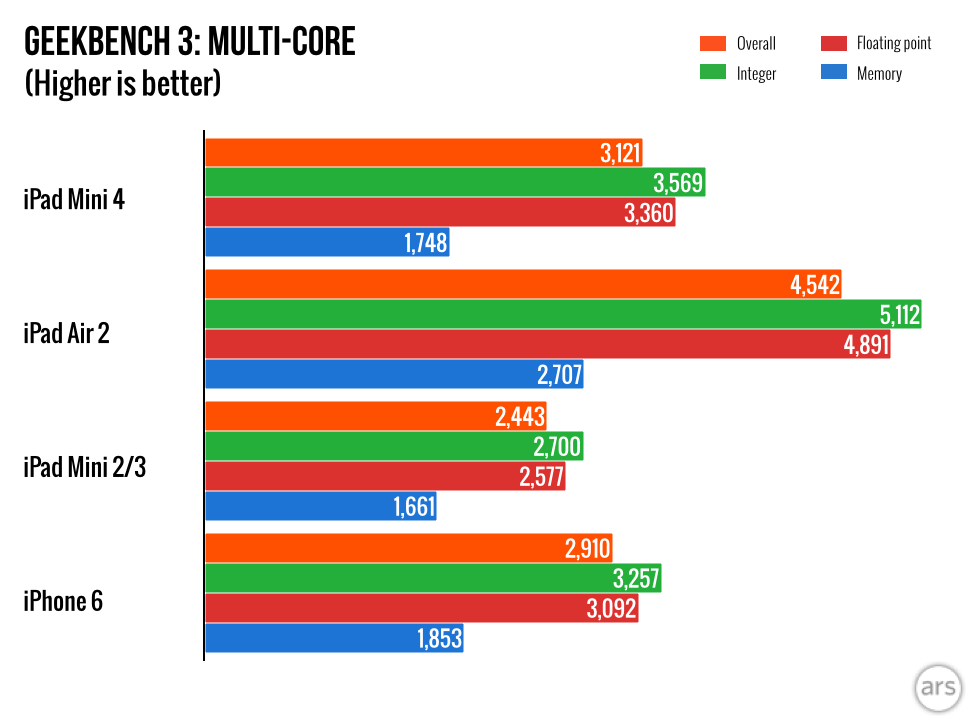 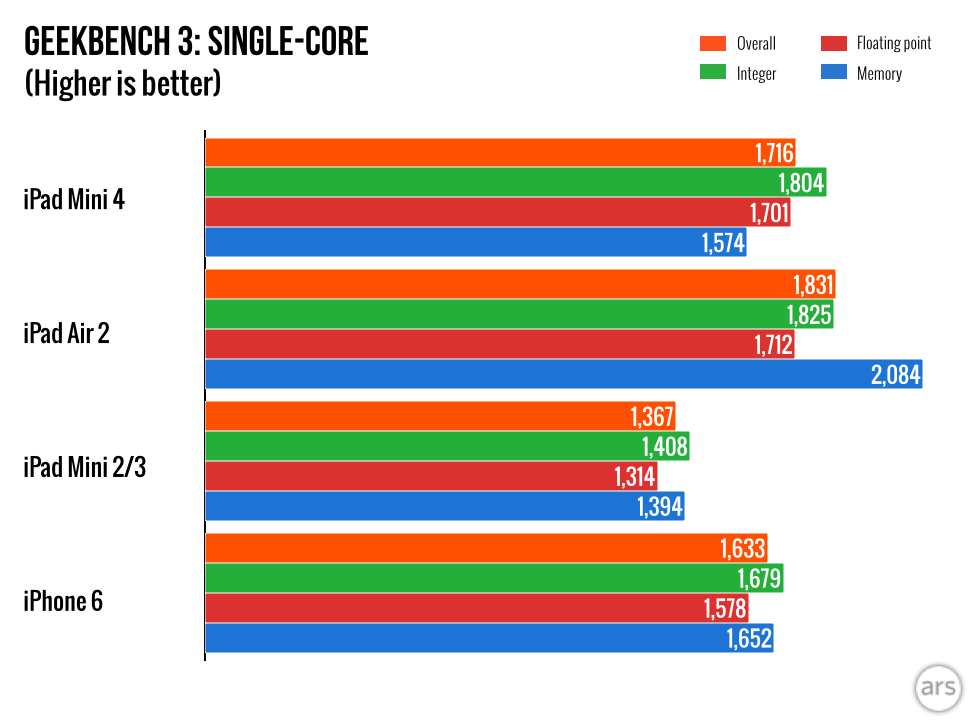 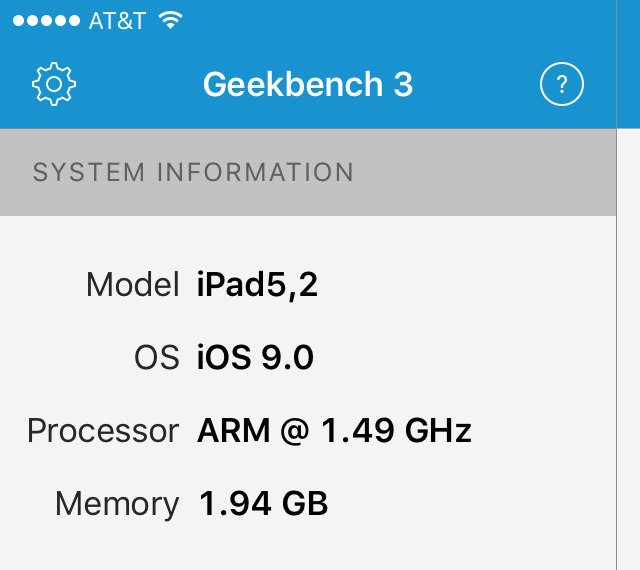