Apple has announced that adoption of iOS 8 has reached 87%, just prior to the release of iOS 9. 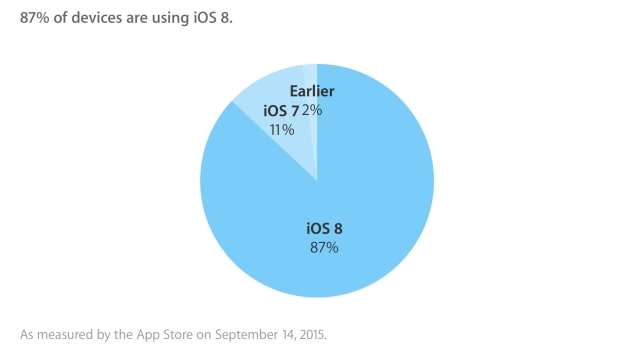 SayingWhatEveryonesThinking - September 16, 2015 at 3:53pm
Why isn't the news of WatchOS delayed due to bug on iClarified?
Reply · Like · Mark as Spam