Apple CEO Tim Cook recently sat down for an interview with Fortune. The conversation touched on various topics including building a car, intellectual property, the company's new headquarters, and more.

Most notably, Cook was asked to acknowledge the company was working on a vehicle of some sort. He replied, "Yeah, I’m probably not going to do that. The great thing about being here is we’re curious people. We explore technologies, and we explore products. And we’re always thinking about ways that Apple can make great products that people love, that help them in some way. And we don’t go into very many categories, as you know. We edit very much. We talk about a lot of things and do fewer. We debate many things and do a lot fewer."

Interestingly, when asked if he thought cars could be built using contract manufacturers, he said, "Sure. I don’t think that there’s a fundamental reason why that couldn’t be done."

When asked about intellectual property and where it was being created, Cook revealed that a vast majority is created in the United States and some in Israel.

"The vast majority of the IP is created here and continues to be created here. We have a presence in Israel, and so we also have IP being created there. And generally speaking, what’s happened is that we’ve acquired some companies that are located somewhere else. And as we’ve done that, once we’ve gotten familiar with the location, we’ve hired more people in those areas."

With construction on Apple's new campus moving full steam ahead, Cook is asked when it will be finished.

"We haven’t set a date. But I’d like to be moving in in about a year, to start the moving process. Think of it as early ’17. There’s lots of excitement about it. It gets a lot of people back together again, which is, I think, really important. We’re in so many buildings right now. It would be nice to get everybody back."

Hit the link below to read the full interview with Tim Cook. 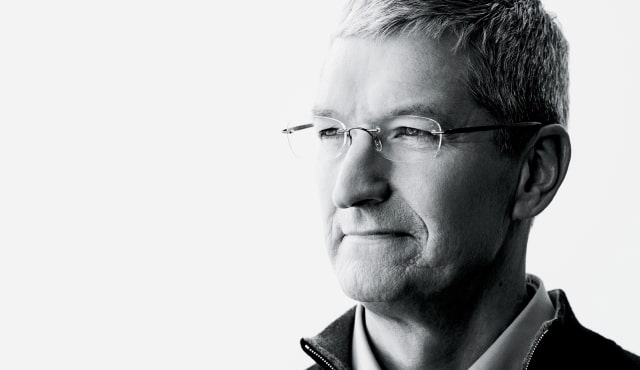 Repairhaus - February 23, 2016 at 6:19am
Agree with above. Nothing revealed that isnt already known. Stupid interview
Reply · Like · Mark as Spam
Recent