The TestFlight app allows testers to install and beta test apps on iOS, tvOS and watchOS devices. Testers must receive an invite directly from a developer first before they can begin testing with TestFlight. Once invited, testers can redeem invitations in TestFlight to install, test, send valuable feedback, and get updates for the beta app.

To start testing:
• All the app developer needs is your email address to send you an invitation
• Then accept the invitation either in the TestFlight iOS app or with a redemption code found via a link in the beta invitation
• Once accepted you can install the prerelease build
• The TestFlight app will notify you when new builds are available
• To update to the latest build, simply tap Update

Developers can invite TestFlight Beta Testers on the iTunes Connect website:
• Create a version of your app and upload new builds
• Choose which prerelease version of your app you wish to release to testers
• Invite new testers by simply providing their email address

What's New In This Version:
● Includes more robust support for installing watchOS beta apps and a fix for when copies of the same devices are being displayed on the settings screen.
● Minor stability and performance improvements.

You can download TestFlight from the App Store for free. 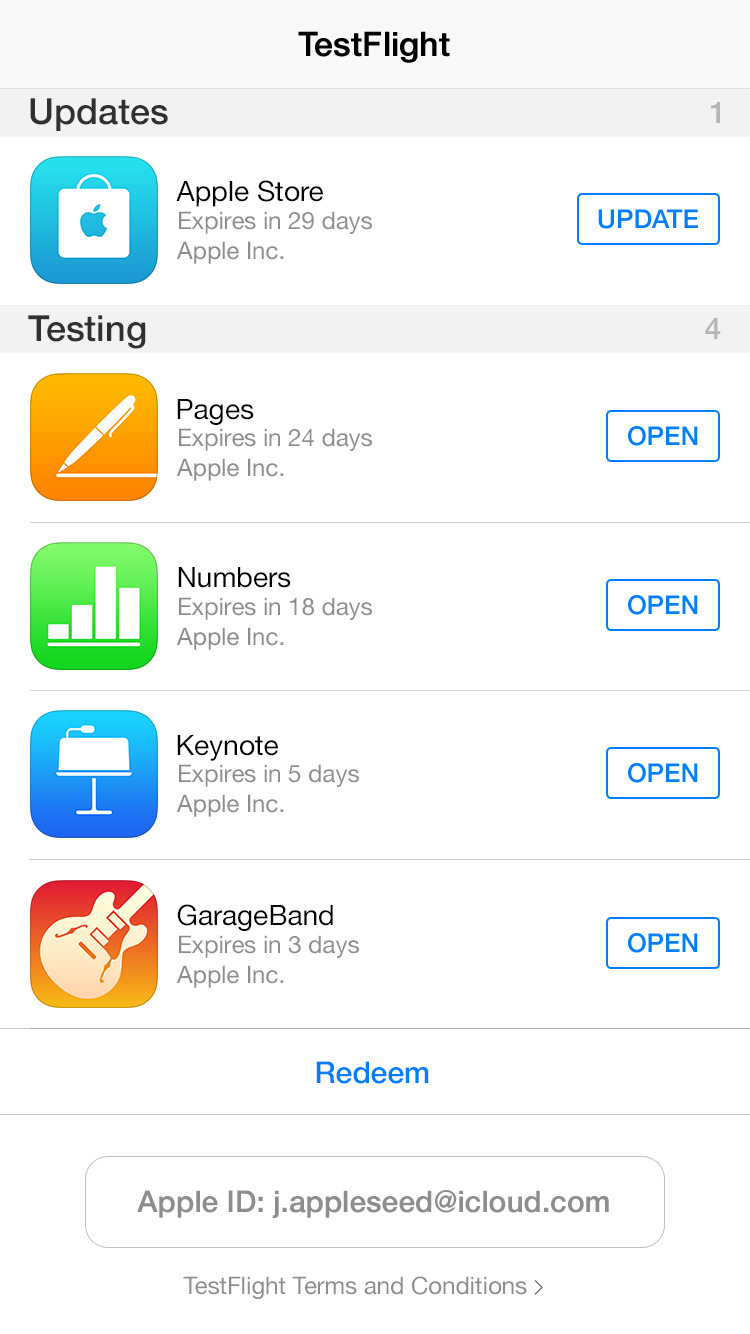 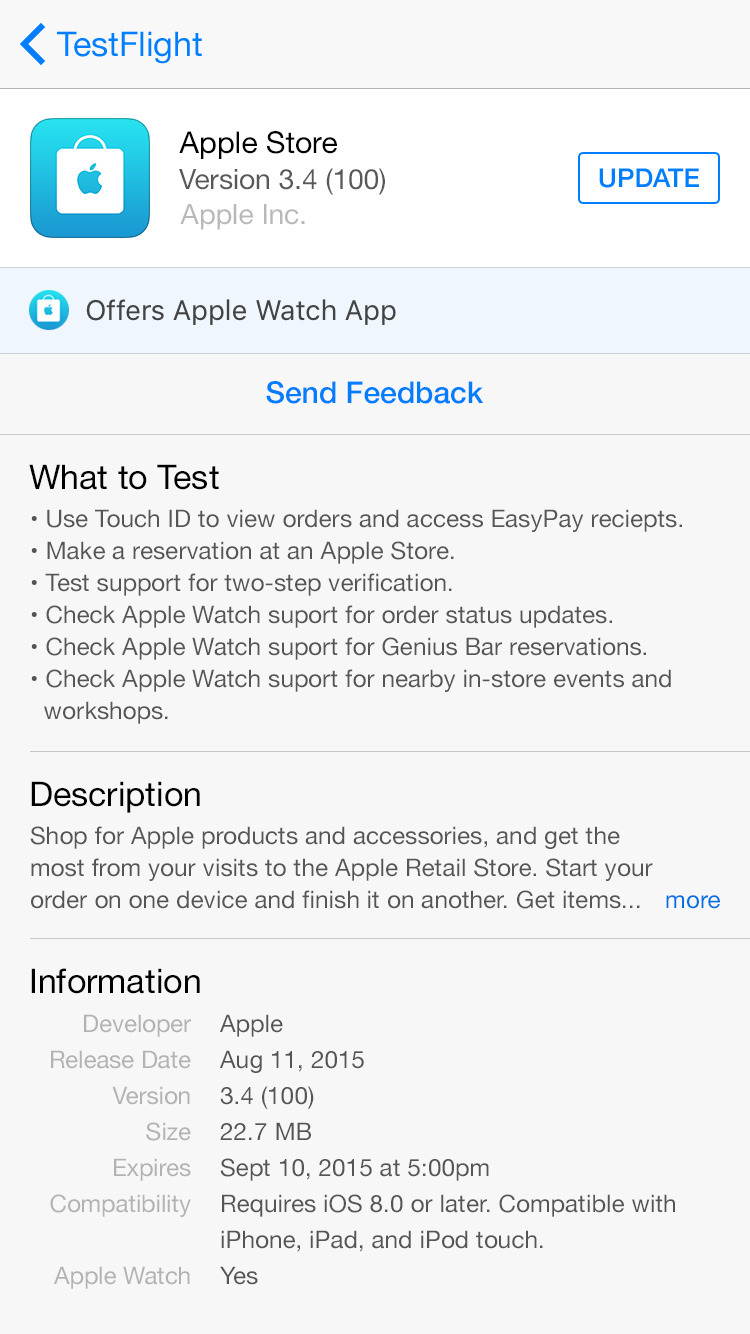 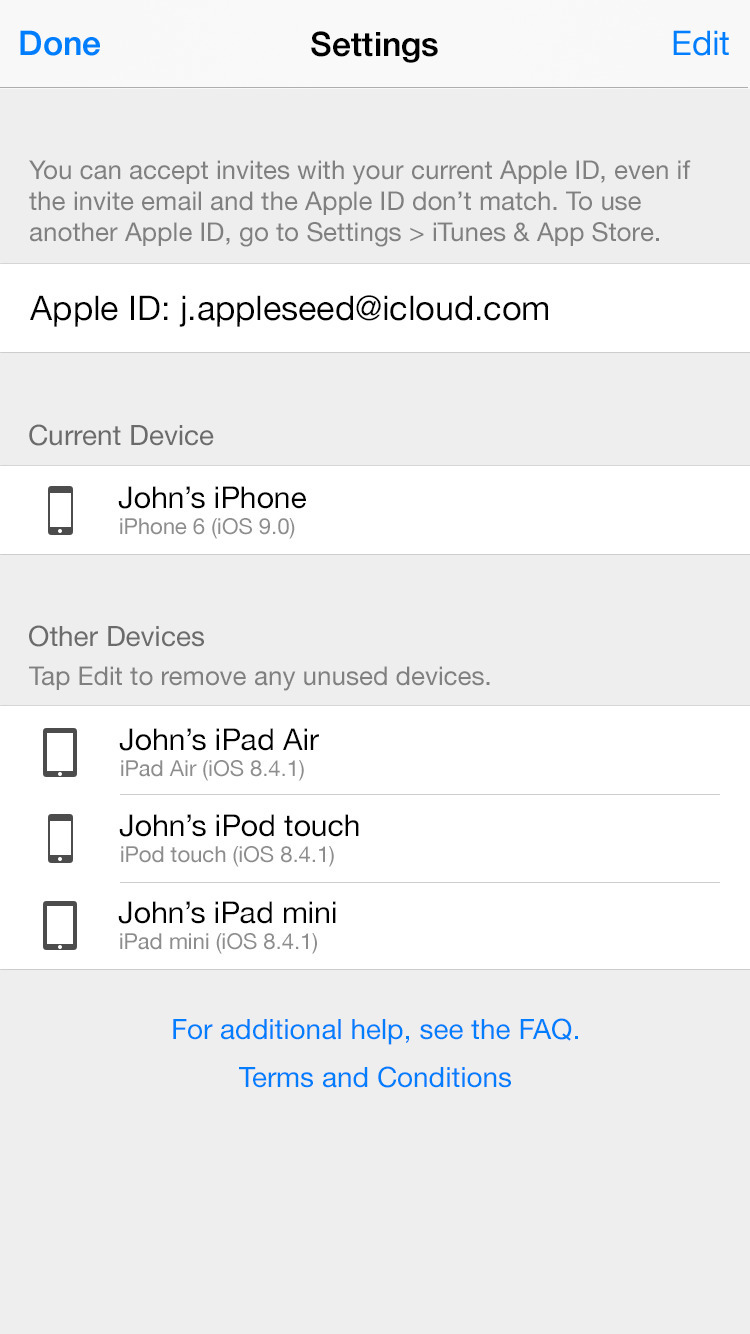