Pangu has just released a jailbreak of iOS 9.3.3 for the iPhone, iPad, and iPod touch.

The jailbreak is for 64-bit devices only and is not fully untethered. It requires that you rerun a jailbreak app on your device if it is rebooted. 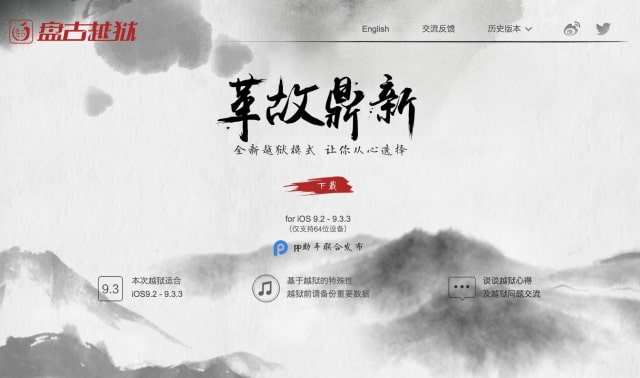 Currently, only the Windows version in Chinese has been released but the English version is "coming soon".

If you want to attempt a jailbreak with the Chinese app, you can download the PP Pangu jailbreak utility from here.

mike gggghg - July 27, 2016 at 4:10am
had the same problem i just restarted it the jailbreak was off and it worked im gonna wait a week until then make the jailbreak better
Reply · Like · Mark as Spam
57 More Comments
Recent