T-Mobile has announced that Apple iPhone 7 and iPhone 7 Plus launch has been biggest ever for the company.

CEO John Legere made the announcement via a live Periscope stream.

"I just want to tell you that this has been the biggest launch ever for us."

The company saw four times as many pre-orders for the iPhone 7 as compared with the iPhone 6.

"The first four days of the iPhone 7 launch are by far the biggest ever for T-Mobile. So I don't know what else everybody else is doing. But how about this, it's like four times bigger than the iPhone 6 for us at the pre-order stage."

Notably, Legere also revealed that the most ordered color is "Black".

"Yes, it's... we call it basic black, matte black is the most pre-ordered item."

T-Mobile's announcement will be important to investors as Apple has decided not to reveal launch weekend order numbers for this year.

----
APPLE STATEMENT TO CNBC:
"We expect iPhone 7 and iPhone 7 Plus will be incredibly popular with customers and we are thrilled to begin taking pre-orders on September 9. Customers will receive their new iPhones starting September 16.

In years past, we' ve announced how many new iPhones had been sold as of the first weekend following launch. But as we have expanded our distribution through carriers and resellers to hundreds of thousands of locations around the world, we are now at a point where we know before taking the first customer pre-order that we will sell out of iPhone 7.

These initial sales will be governed by supply, not demand, and we have decided that it is no longer a representative metric for our investors and customers. Therefore we won' t be releasing a first-weekend number any longer. We are reiterating the financial guidance for the September quarter that we provided on July 26."
---- 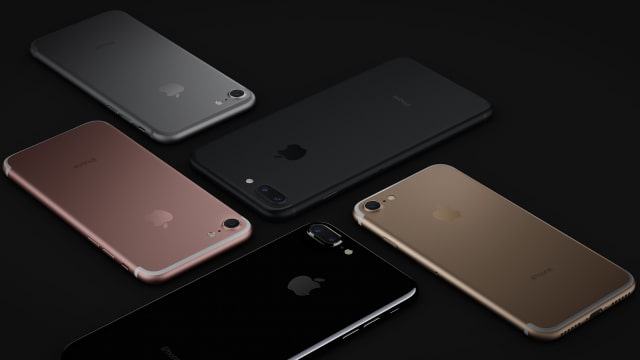 Johnnnn - September 14, 2016 at 12:48pm
I think it's because of all these free promotion that carriers are throwing at their customer. 650 dollars credit back if you trade in your iphone 6. If you are not going to change carrier for next 2 years, I believe it's attractive deal for people who wants to get new phone. I don't think those carrier will give such amount next year for iphone 6 user.
Reply · Like · Mark as Spam

PHUKAI - September 13, 2016 at 8:00pm
Coming from someone who clearly hasn't tried them or look up the records and grounds they have broken for so long! I used them for several years and haven't had any bull shit lies or failures from them.
Reply · Like · Mark as Spam

MUKAI - September 14, 2016 at 2:20pm
Bitch look at them yourself I don't see no growth except from your hemorrhoids growing from all those cawks you like to take.
Reply · Like · Mark as Spam

PHUKAI - September 14, 2016 at 3:21pm
Please cunt, don't be such an excusaholic just so you can move out to an out of ranged area just to prove your lies to be falsely advertised, if anything all I see growing other then real proof of stocks, customers, speed, and coverage, what increasing inside you than everything tmobile has combined is the brain tumors from having you head up your ass where you clearly live your numbered days you redeemed yourself to have on purpose!
Reply · Like · Mark as Spam
5 More Comments
Recent