Apple SVP Phil Schiller revealed why the company dropped the SD card slot but kept the headphone jack on the new MacBook Pro in an interview with The Independent.

Schiller admits that the company's new notebook has sparked passionate dialogue and debate. "Many things have impressed people about it, and some have caused some controversy," says Schiller.

Addressing the lack of an SD card slot, Schiller calls it a 'bit of a cumbersome slot'.

You've got this thing sticking halfway out. Then there are very fine and fast USB card readers, and then you can use CompactFlash as well as SD. So we could never really resolve this – we picked SD because more consumer cameras have SD but you can only pick one. So, that was a bit of a trade-off. And then more and more cameras are starting to build wireless transfer into the camera. That’s proving very useful. So we think there’s a path forward where you can use a physical adaptor if you want, or do wireless transfer.

Many customers were confused as to why Apple dropped the headphone jack on its iPhones but not on the MacBook Pro. Schiller says that's because they are 'pro machines'.

If it was just about headphones then it doesn’t need to be there, we believe that wireless is a great solution for headphones. But many users have setups with studio monitors, amps, and other pro audio gear that do not have wireless solutions and need the 3.5mm jack.

Schiller continues to say that the company's online store has had more orders for the new MacBook Pro than any other pro notebook before.

Hit the link below for the entire interview... 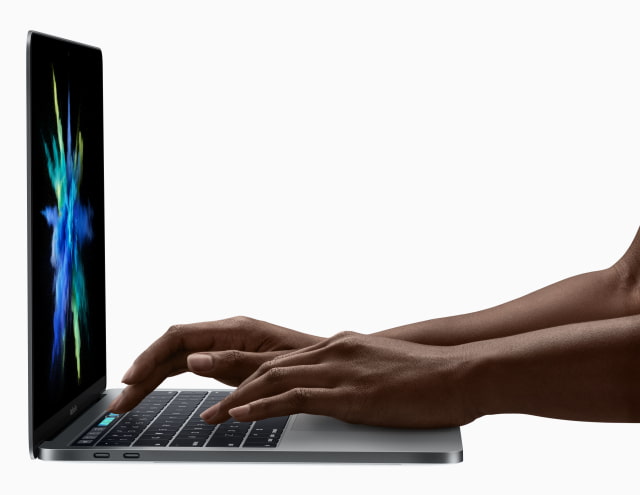 SpeakLogic - November 3, 2016 at 5:35am
Their computers cost more now, have less in hardware ports and essentially make you buy their overpriced adapters and apple care to boosted profits in a very crappy economy!! No wonder there are sitting on $230 BILLION CASH #boycottapple #draintheswap #makeapplegreatagain
Reply · Like · Mark as Spam

Pfft - November 3, 2016 at 7:35pm
After you, kid. You hurt no ine's feelings you foolish git! It's called correcting what's mistaken just because you disagree with something or someone!!
Reply · Like · Mark as Spam

Justabrake - November 6, 2016 at 9:19am
Not to mention everything is solded together in these books
Reply · Like · Mark as Spam
39 More Comments
Recent