Check out this video comparison posted by Sonny Disckson of two early iPhone prototypes, one by Tony Fadell's team and another by Scott Forstall's team.

Back in the beginning, there were two iPhone projects, the P1 and P2. Tony Fadell had the clout of being “Godfather” of the iPod, but Scott Forsall had been working with Steve since NeXT. The iPhone P2 is what came to be known as the original selling model of the iPhone, paving the foundation of where we are today, 10 years in the future. 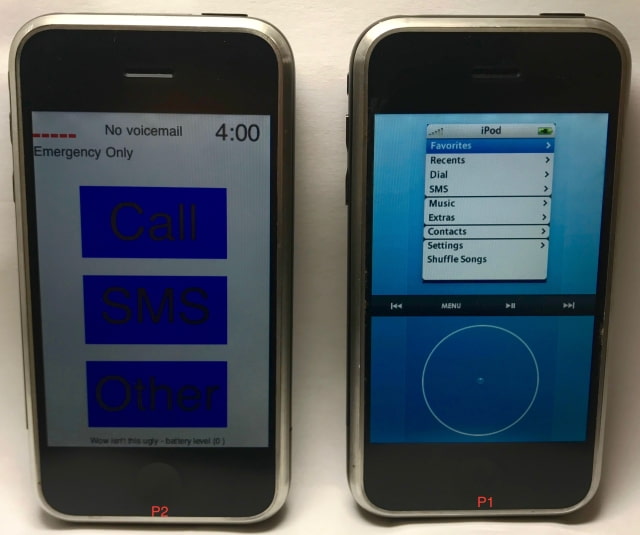 Tony Fadell's project was the P1 prototype. It used an OS very similar to the iPod. Scott Forstall's was the P2 prototype and it used individual icons to interact with the phone rather than a scroll wheel.

"When the iPhone was undergoing development, both projects ran what is know as Acorn OS and ran on the same hardware", says Dickson. "Both teams were extremely competitive because both project teams wanted to impress Steve Jobs."

Steve Jobs obviously went with the P2 prototype. Take a look at the video below to see them both in action.