Apple is rumored to be working on a second generation Apple Pencil which would magnetically attach to the iPad.

According to information from suppliers in China, Apple is planning to unveil the Apple Pencil 2 at a press event this spring which will also see the launch of new iPads. The Apple Pencil will also allegedly feature a clip that lets it attach to your shirt pocket.

News should be in accordance with the patent, which Apple acquired in September last year when you can attach a pencil to iPad using the magnet like him attach the original Apple iPad Smart Case covers the display. Another new feature is the clip then you have ordinary pens and you will also be able to thanks to pin on his shirt pocket and stuff like that, just like with a regular pen.

The patent being referred is application PCT/US2016/022803. This patent details a 'Dynamically stabilized magnetic array' which describes embodiments that relate generally to magnetic attachment features. One of the figures (see below) appears to show a pencil attached to iPad via a magnetic array.

Apple will purportedly debut three new iPads this year including a high-end 10 to 10.5-inch model with a narrow bezel. Please follow iClarified on Twitter, Facebook, Google+, or RSS for updates. 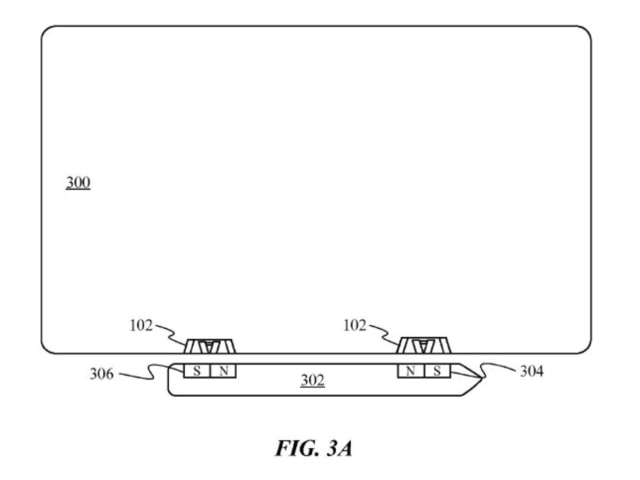