A recent leak allegedly depicts a rear panel for the iPhone that is made from Ion-X glass. The leak originated on Weibo and has been posted to Slashleaks.

Depicted in the photo are several glass back panels with a single-lens camera cutout. They are allegedly made from Ion-X glass and are meant for a 2017 'iPhone SE' device model number N79. The date on the document is April 20, 2017.

While the poster has labelled the image as belonging to a new iPhone SE, Apple is also rumored to be unveiling a new iPhone 7s in September which would likely still feature a single lens rear camera and could potentially have a glass back.

Unfortunately, there is no way to validate the authenticity of this image. Take a look and let us know what you think in the comments! 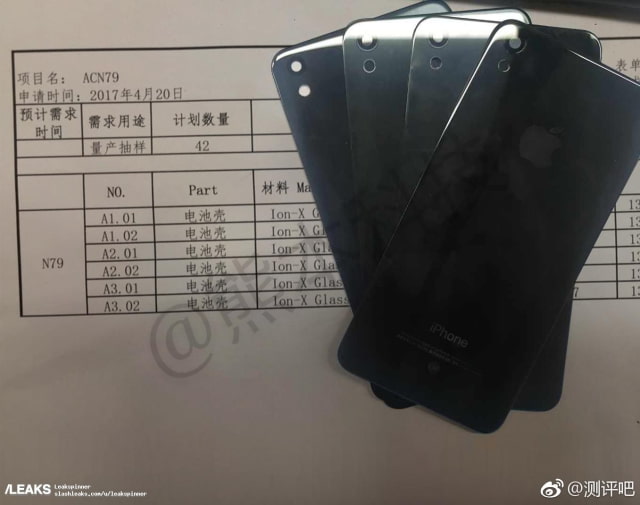