Microsoft has announced that you can now develop, build, deploy, and debug iOS apps directly from a Windows 10 PC, no Mac needed.

Today, alpha releases of Visual Studio Tools for Xamarin and Visual Studio for Mac were announced which bring preview support for Xamarin Live Player apps. These apps allow you to write, execute, and debug code continuously on an iOS or Android device straight from the IDE.

Both a traditional development cycle (write, compile, run, debug) or live mode, where the code is automatically recompiled and reloaded on a per-view basis continuously, are supported.

---
Xamarin Live Player provides real-time feedback to developers while fitting into their existing mobile development experience. To use the player, just select a new target from our device menu, and choose the player target. 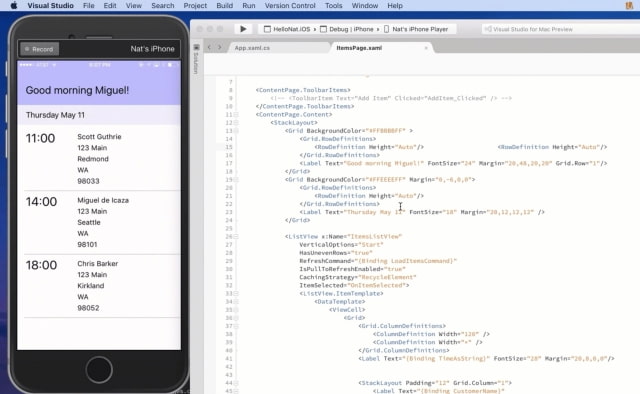