Apple has released iOS 11 beta 4 to developers for testing.

This beta version of iOS 11 contains bug fixes and improvements.

iOS 11 is a major update that brings hundreds of new features to Apple's mobile operating system for iPhone, iPad, and iPod touch. Click here to learn more about what's new. 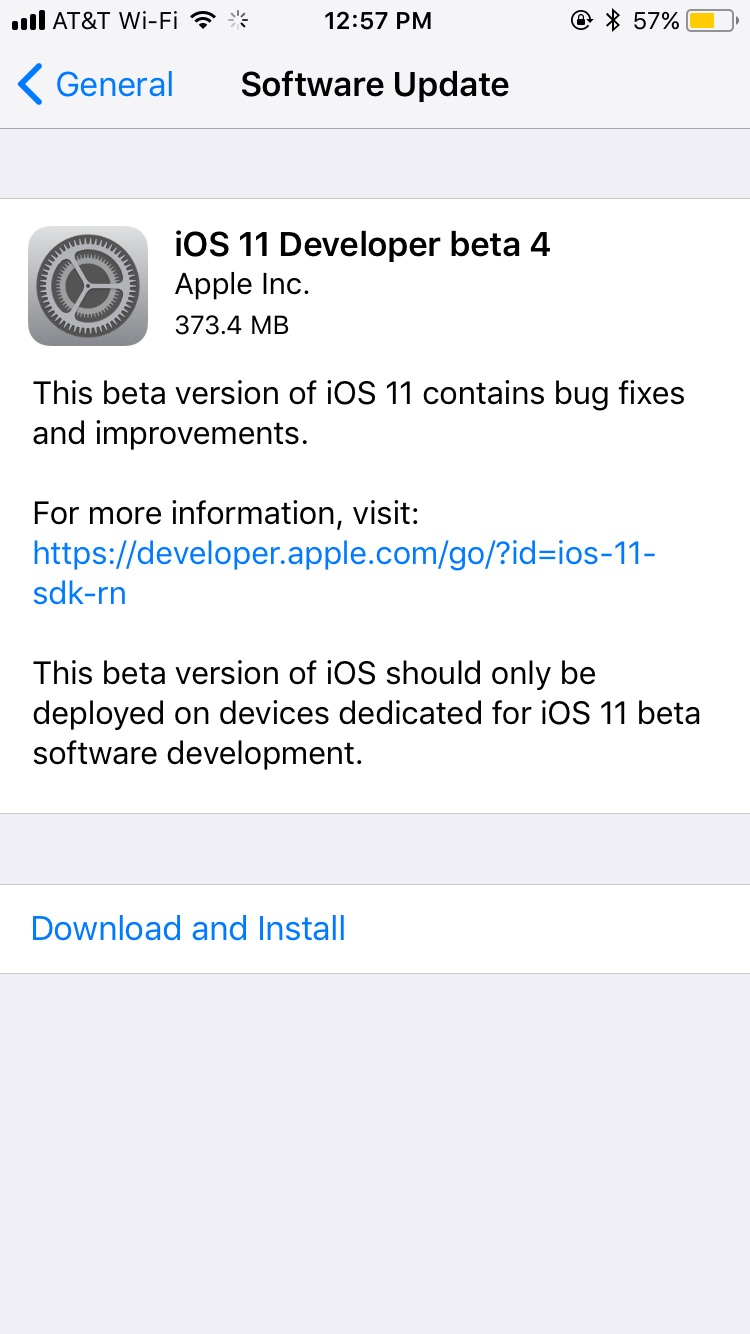 Nana Poku Griffin - July 25, 2017 at 9:49am
Marc, re-login your apple as a developer and check updates it’s going to work, i passed through the same problem
Reply · Like · Mark as Spam

Marc - July 24, 2017 at 6:12pm
Can someone tell me if the new beta 4 has returned the multitasking feature please?
Reply · Like · Mark as Spam
6 More Comments
Recent