Apple has chosen to limit the iPhone 8's wireless charging capabilities to a maximum of 7.5 watts, reports Macotakara.

According to information resource that is well versed in WPC, wireless charging function that is built in iPhone 8 going to be announced in September has a possible of 7.5 W specification at maximum. It has been handling charging 15 W at maximum from Qi version 1.2. But Apple supports not Extended Power Profile 15 W but Standard Power Profile 7.5W(5V/1.5A), which is half.

The site also speculates that despite adhering to the Qi standard, the iPhone 8 may only support wireless charging equipment that is MFi certified.

The iPhone 8 will be Apple's tenth anniversary smartphone. It's believed to feature an edge-to-edge 5.8-inch OLED display with a notch in the bezel at the top for the earpiece and front facing camera. It will use a virtual Home button in place of the traditional physical Home button at the bottom of the device. The device will purportedly incorporate a revolutionary 3D sensor that is years ahead of the competition to enable facial recognition and augmented reality features. It's also said to feature a glass back to facilitate inductive wireless charging. The latest reports claim Apple was not successful in embedding Touch ID under the display and so the iPhone 8 will only feature Face ID (Pearl ID) for biometric security.

Apple is expected to offer the iPhone 8 in black, silver, and gold (copper?) colors and 64GB, 256GB, and 512GB storage capacities, all with 3G of RAM. Carrier sources say Apple will unveil its new iPhones on September 12th and release them on September 22nd. 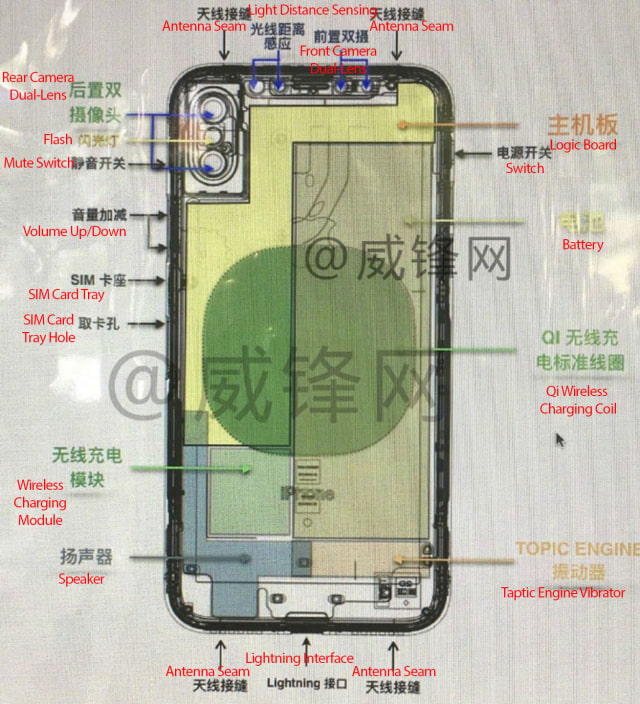 AppleNews24/7 - August 27, 2017 at 8:37pm
I have an idea that Apple could add a "fast charging" to their new iPhones. Why? They haven't done anything High with their chargers since the iPhone 5 came out.
Reply · Like · Mark as Spam

Raas Al Ghul - August 27, 2017 at 5:08am
I don’t see what all the hype about wireless charging is it takes a long time to charge it is it just you something like a power bank or connect it with a cable through the mains.
Reply · Like · Mark as Spam

D4xM4Nx - August 26, 2017 at 11:55pm
Pressure on Apple is huge this year, if one of the key iPhone 8 features fails, the backlash they'll be facing might be too much to handle. Apple should stick to the good old saying 'If it's not broken, why fix it?'.
Reply · Like · Mark as Spam

Steve - August 26, 2017 at 11:06pm
For the money they will be asking for this phone Apple better step up there game.Looks like I will be looking at the Samsung.I been an iPhone loyalist for 8 years.
Reply · Like · Mark as Spam
3 More Comments
Recent