Apple is currently producing less than 10,000 iPhone X units per day, according to a new report from KGI Securities analyst Ming-Chi Kuo.

In an investor note released today, Kuo expects "severe short supply for a while". Additionally, the analysts believes the 'Blush Gold' colored iPhone X will be in extreme short supply and may not even go on sale until after the black and silver colors.

Due to component supply constraints, we estimate current production of the OLED iPhone at less than 10k units per day, which means the model will remain in severe short supply for a while. Furthermore, we estimate that the gold version of the OLED iPhone will encounter some production problems and will initially be available only in extremely low volume. There is even a chance that the gold version will go on sale at a later date than the other versions. However, we believe these shipment delays will have a limited impact on the shares of Apple and its supply chain members.

Previous reports have suggested that although Apple will unveil the iPhone X tomorrow, it will not be released this month. The iPhone 8 and iPhone 8 Plus are expected to arrive on September 22nd and the iPhone X will purportedly ship in late October. 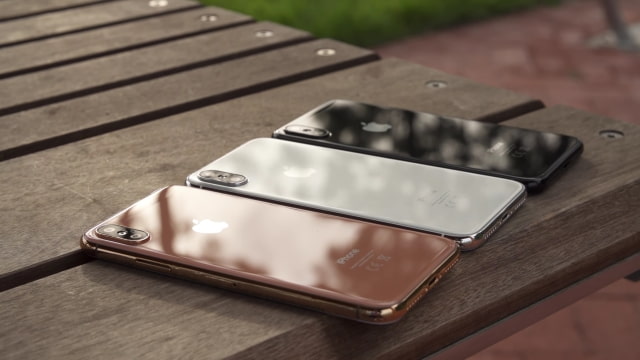