A new report claims that the iPhone 8 Edition release will likely be delayed until late October or even later.

Rosenblatt analyst Jun Zhang claims that Apple is currently having some issues with the metal frame of the iPhone 8. They still expect the iPhone 8 will be announced on September 12 but 'the official launch will likely be delayed to late-October or later'.

Apple's component suppliers are not expected to feel an impact as the company is continuing to pull in components as scheduled. However, the delay is said to give Samsung's Note 8 and Huawei's Mate 10 more time to take in market share.

The report corroborates another from Macotakara who also claimed the iPhone 8 Edition would not ship until October. 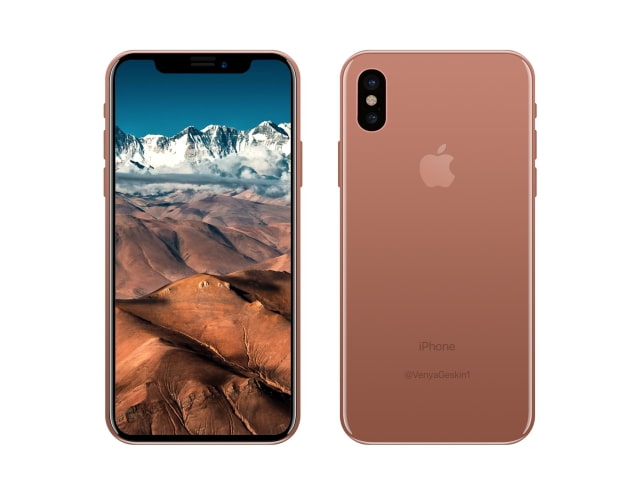 MUKAI - September 9, 2017 at 3:24pm
Because your mom was dumb enough to make you purchase one while you sit in your ass wondering why no one gave a fu*ck about your comments.
Reply · Like · Mark as Spam

D4xM4Nx - September 8, 2017 at 11:21pm
I've got no problem with Apple delaying the iPhone 8 until it's flawless, it's much better having a reliable device, than a rushed product begging to be returned.
Reply · Like · Mark as Spam

MUKAI - September 9, 2017 at 3:25pm
It’s gonna be the size of Phukais pipí which is really small so tiny you need forceps to find it.
Reply · Like · Mark as Spam
2 More Comments
Recent