AOL Instant Messenger (AIM) will be shut down on December 15, 2017. The service was launched as a standalone download in May 1997 for Windows. It became very popular in the late 1990s and 2000s as you may remember from “You’ve Got Mail” and “Sex and the City”. However, the service eventually lost users to Google Chat, SMS messaging, and social networks. By 2011 it's usage had reportedly dropped to here for an interesting look at the rise and fall of AIM. 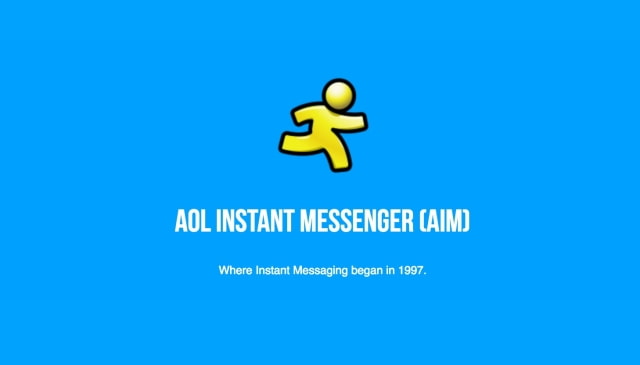