Apple has updated its Workflow app with new capabilities and support for the iPhone X and iOS 11.

Workflow is your personal automation tool, enabling you to drag and drop any combination of actions to create powerful workflows for your iPhone, iPad, and Apple Watch. Workflow includes over 200 actions, including those for Contacts, Calendar, Maps, Music, Photos, Camera, Reminders, Safari, AirDrop, Twitter, Facebook, Dropbox, Evernote, iCloud Drive, and Health, to name a few.

You can use Workflow to:
* Make animated GIFs
* Add a home screen icon that calls a loved one
* Make PDFs from Safari or any app with a share sheet
* Get directions to the nearest coffee shop in one tap
* Tweet the song you're listening to
* Get all of the images on a web page
* Send a message including the last screenshot you took
* And so much more...

Your workflow creations can be launched from inside the Workflow app, from other apps using Workflow's Action Extension, from the Today Widget or as a standalone app on your home screen.

What's New In This Version:
● Optimized for iOS 11 and iPhone X
● Drag and drop content onto a workflow to run the workflow with that input
● Added HEIF support to the Convert Image action
● Added HEVC support to the Encode Media action
● Added support for iOS 11 Health data types: Insulin Delivery, V02 Max, Waist Circumference, Resting Heart Rate, Walking Heart Rate Average, and Heart Rate Variability
● Added the ability to retrieve and save multiple files at a time in the Get File and Save File actions
● Added the ability to specify a default “From” address for the compose sheet in the Send Email action
● Add TaskPaper to OmniFocus now supports adding TaskPaper under specific folders, projects, and tasks

You can download Workflow from the App Store for free. 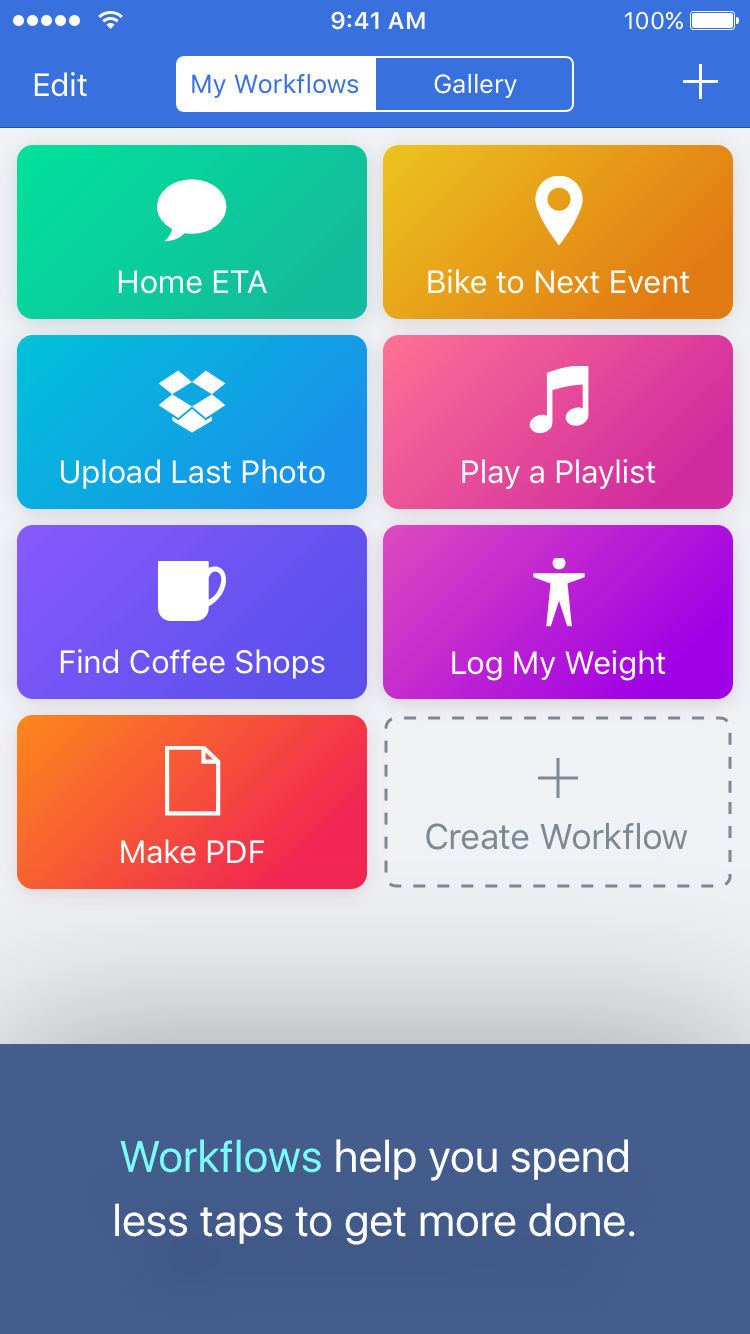 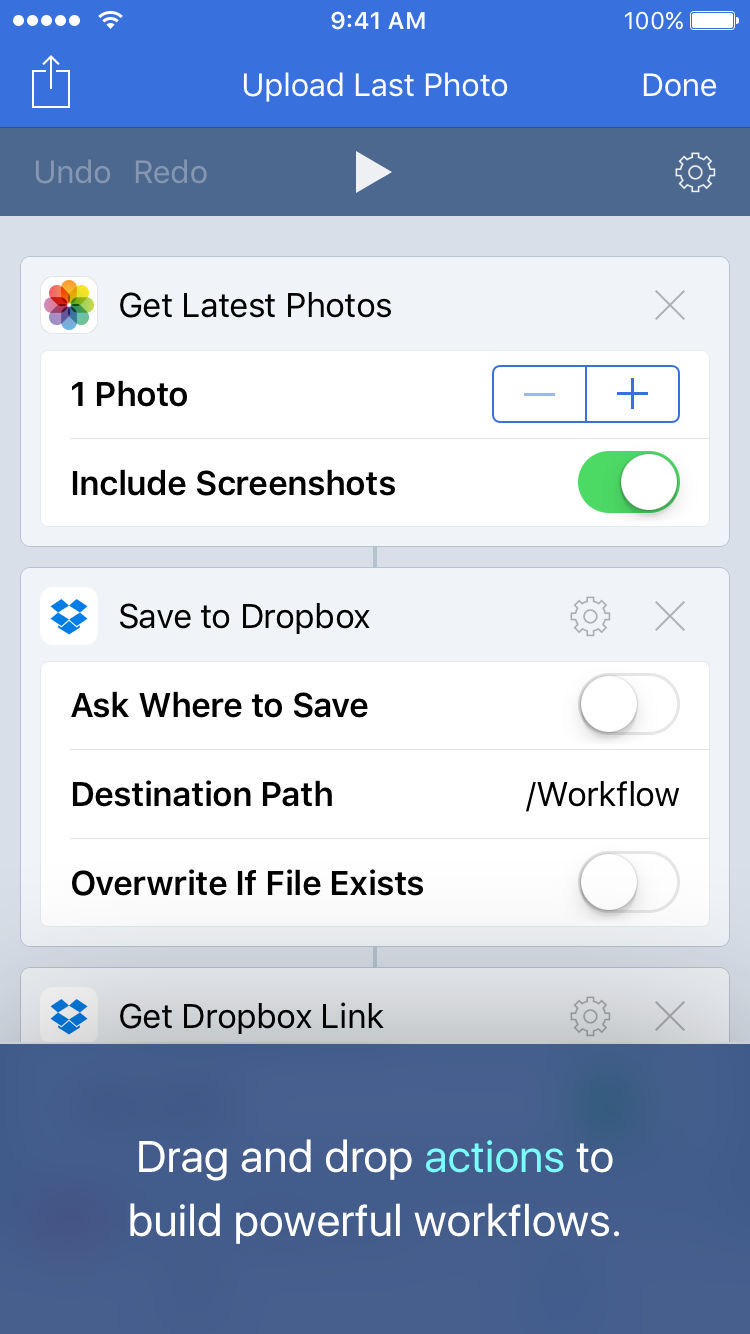 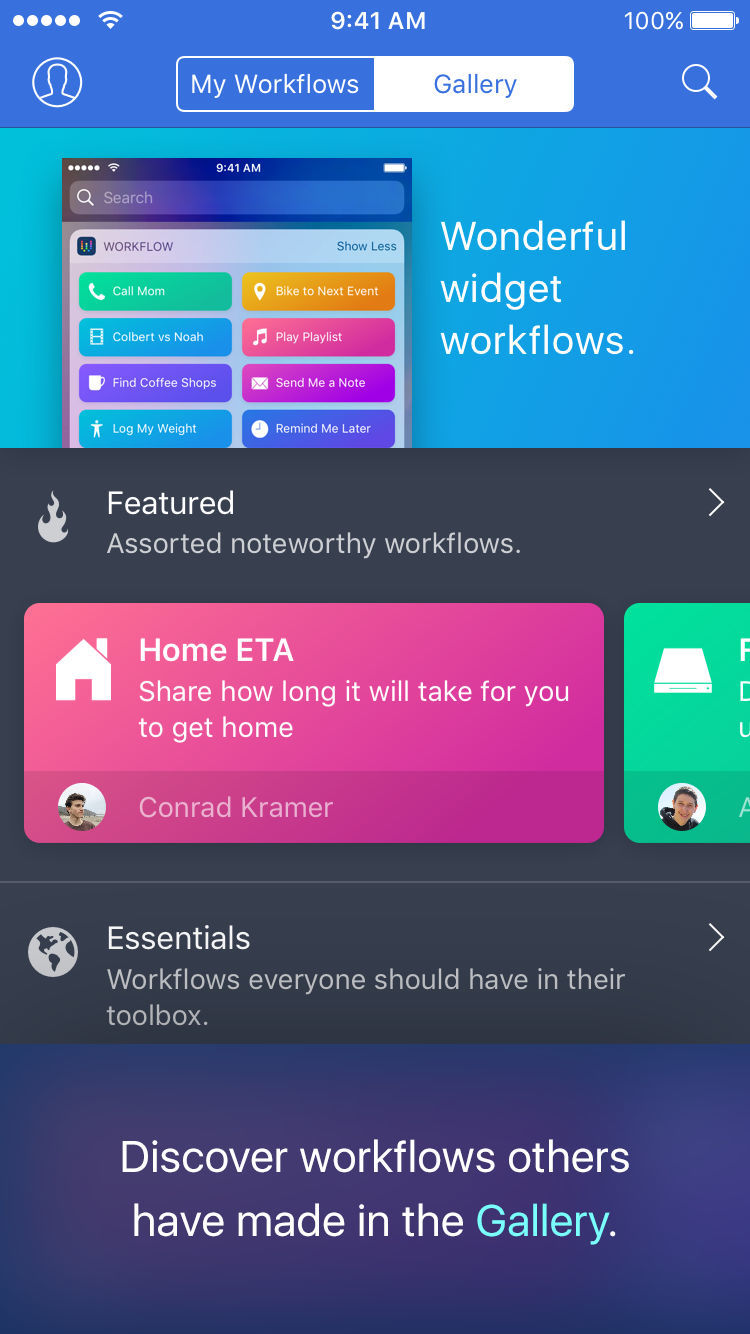 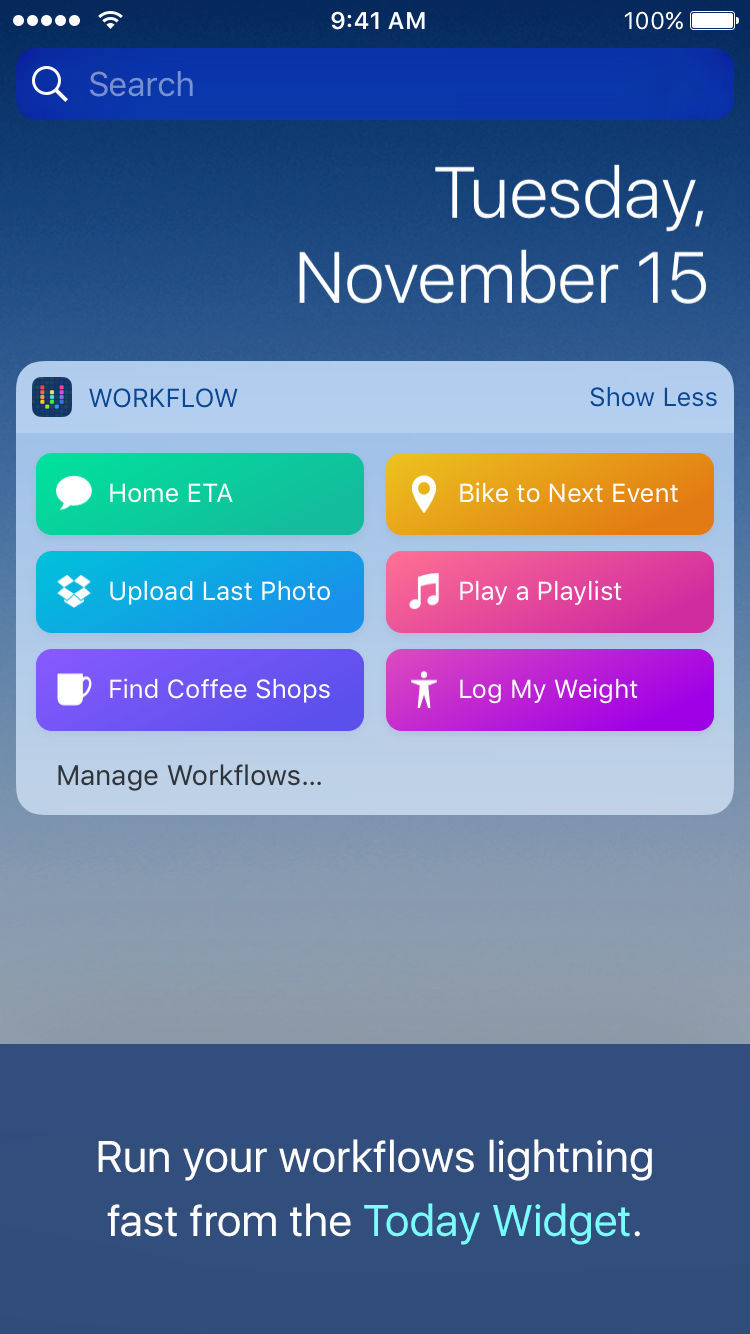 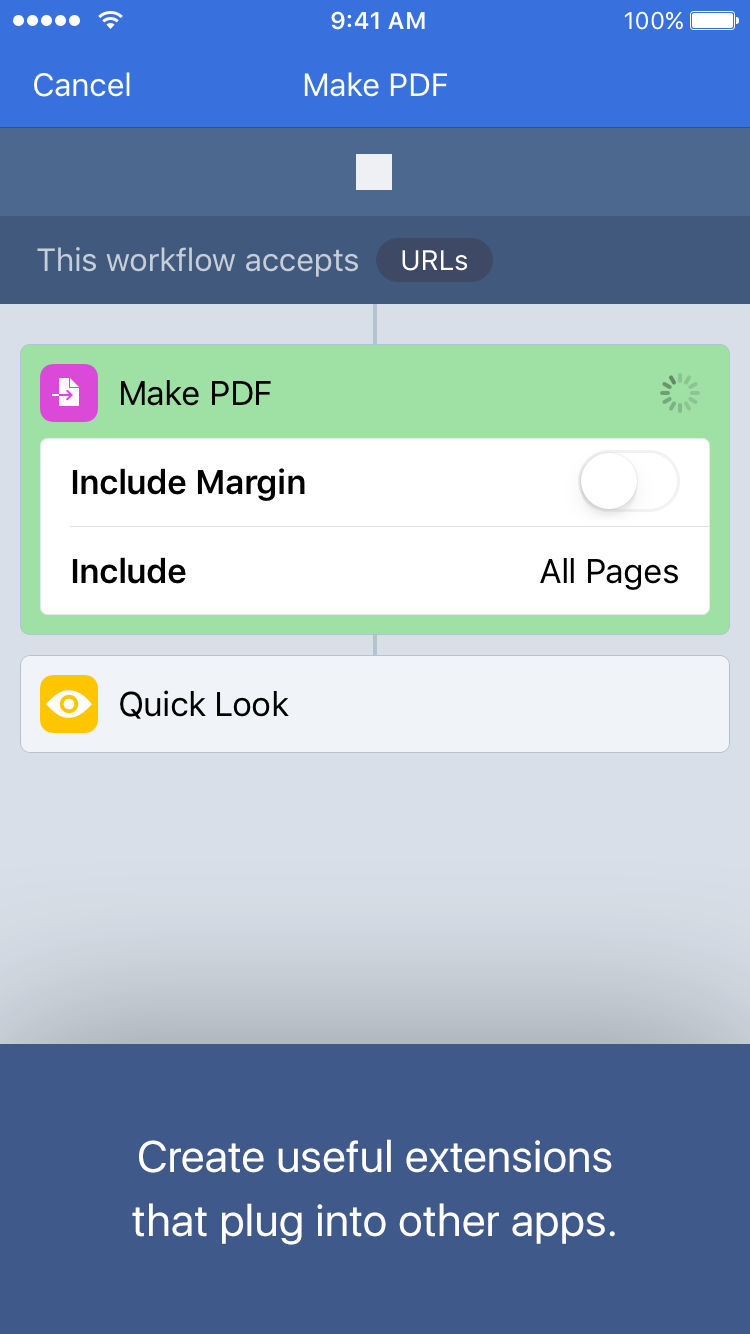