The jailbreak is currently described as a 'work in progress'. The first release candidate has been nuked and RC1 is now available to download from here. It's installed via Cydia Impactor.

If you're not a developer, we recommend you wait until the final version has been released.

Known Issues:
● Touch ID does not work in App Store apps while in jailbroken mode 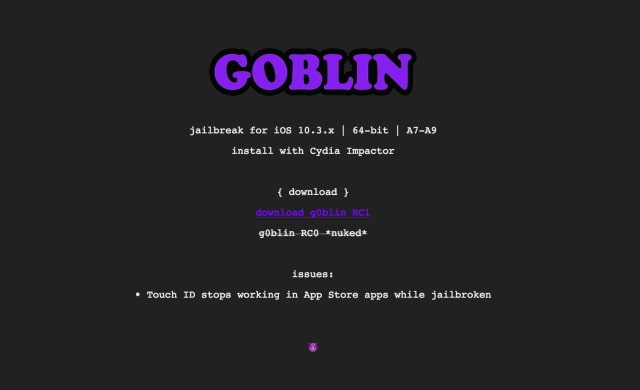 Ghost of Jobs - January 14, 2018 at 1:45pm
Before there were lot of benefits to jailbreak and have awesome apps and do amazing things, right now I don’t know if there is any need at all to jailbreak when most stuffs are already baked in. Can someone tell me just 3 reasons why jailbreaking is still awesome ? I know for sure that some banking apps won’t work anymore after you have already jailbroken your phone, such as Barclays Bank app.
Reply · Like · Mark as Spam