A new bug has been discovered in Apple's software that reportedly can crash your iPhone, Mac, and Apple Watch. Additionally, it can disable access to third party applications.

The Italian site MobileWorld found that sending a single Indian language (Telugu) character to devices will cause the iOS Springboard to crash once received. Messages will no longer open. The only way to regain access is to have someone else send you a message then attempt to delete the thread that contained the bad character.

The error we are talking about presents an Indian character that, if received or simply pasted in a text field, can lead to freeze of applications or crashes of the entire operating system. The character in question is what you can see in the screenshot below (which we do not report verbatim to prevent it being used for malicious purposes). To be precise it is a character of the Telugu language, a Central-Southern Dravidian language spoken in India by about 70 million people (from about 5% of the Indian population therefore). 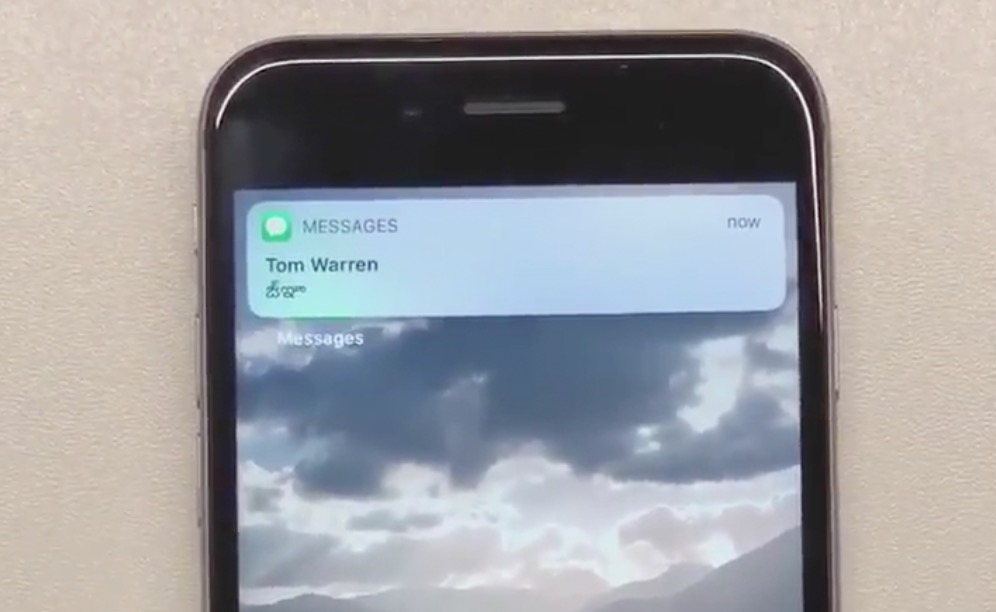 The issue extends to third-party apps like Facebook Messenger, WhatsApp, Gmail and Outlook. Those apps can also become disabled and fixing the problem can be difficult. For example, you'll need web access enabled to delete the thread on WhatsApp.

The bug is reportedly fixed in iOS 11.3 beta; however, that update may not arrive for some time. Telegram and Skype appear to be unaffected.

MobileWorld says that the worst case scenario is when iOS tries to show the symbol in a notification. In this case the entire SpringBoard may crash. If it doesn't restart properly and you force a reboot, your entire device may get stuck in a bootloop and require a DFU mode restore.