A new Jamf survey that examines the impact of device choice on the employee experience finds that employees prefer iOS over Android and Mac over PC. 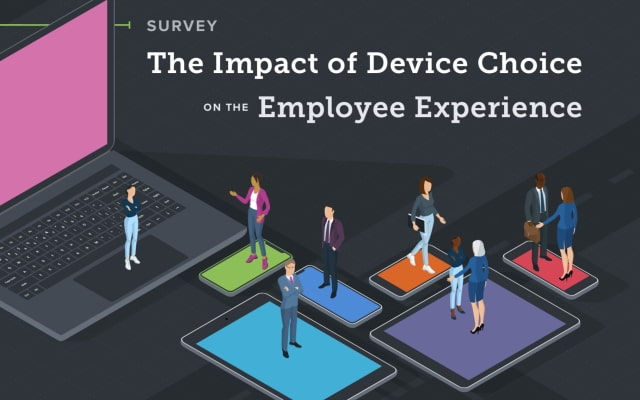 Summary of Key Survey Findings:
● 90 percent of employees surveyed whose organizations currently have a choice program believe it should become a standard for all businesses
● 68 percent claim that the ability to select their device of choice makes them more productive in the workplace
● 35 percent of respondents felt that using their device of choice made them proud of where they work
● 74 percent of enterprise employees would prefer a company-issued device over a personally-owned device because end users prefer to keep their lives separate
● 75 percent of employees who are offered the choice between iOS and Android as their mobile device operating system chose iOS
● 72 percent of employees who are offered the choice between Mac and PC chose Mac
● 77 percent of respondents would choose to stay at a company that offers technology choice or work at a company that offers a similar program
● 86 percent of respondents in large enterprises (500+ employees) say that choice programs are important to the well-being of an organization

Jamf says it surveyed 580 enterprise organizations for the report. You can download it in full at the link below... 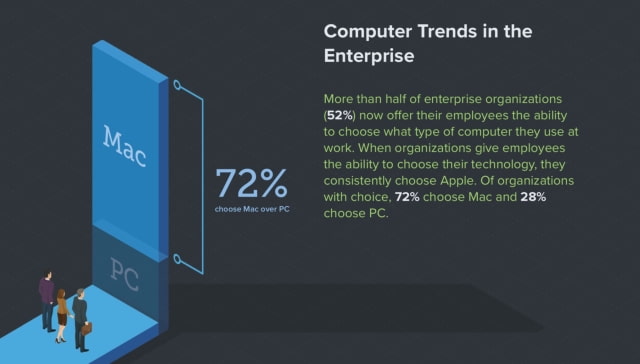 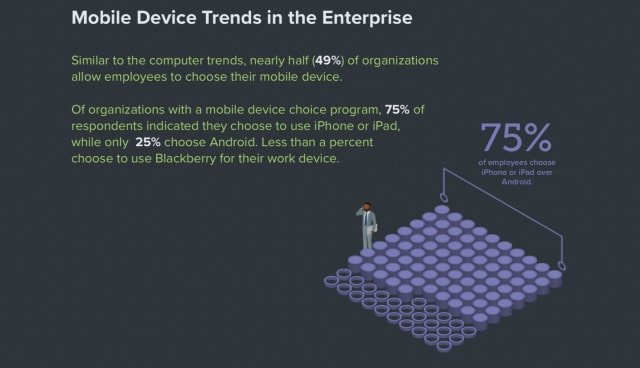 huudini - April 27, 2018 at 2:21pm
When office is on Mac and originated on the Mac? I can see maybe for excel but Mac OS has the same functionality but limited add ins but most people that depend on spreadsheets utilize databases more.
Reply · Like · Mark as Spam
Recent