After a rough start, Apple is planning to relaunch Maps with its own data collected from iPhones and a fleet of cars equipped with sensors and cameras, reports TechCrunch.

This is nothing less than a full re-set of Maps and it’s been 4 years in the making, which is when Apple began to develop its new data gathering systems. Eventually, Apple will no longer rely on third-party data to provide the basis for its maps, which has been one of its major pitfalls from the beginning. 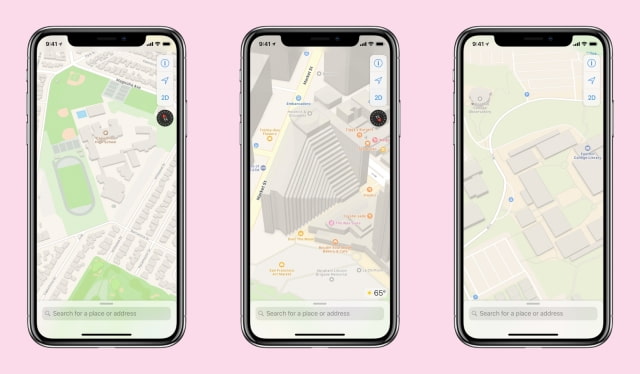 The new Maps will launch in San Francisco and the Bay Area with the next beta of iOS 12. Eventually every version of iOS will get the update. It's said to be more responsive to changes in roadways and construction, more visually rich, and feature more detailed ground cover, foliage, pools, pedestrian pathways, and more.

“Since we introduced this six years ago — we won’t rehash all the issues we’ve had when we introduced it — we’ve done a huge investment in getting the map up to par,” says Apple SVP Eddy Cue. “When we launched, a lot of it was all about directions and getting to a certain place. Finding the place and getting directions to that place. We’ve done a huge investment of making millions of changes, adding millions of locations, updating the map and changing the map more frequently. All of those things over the past six years.” 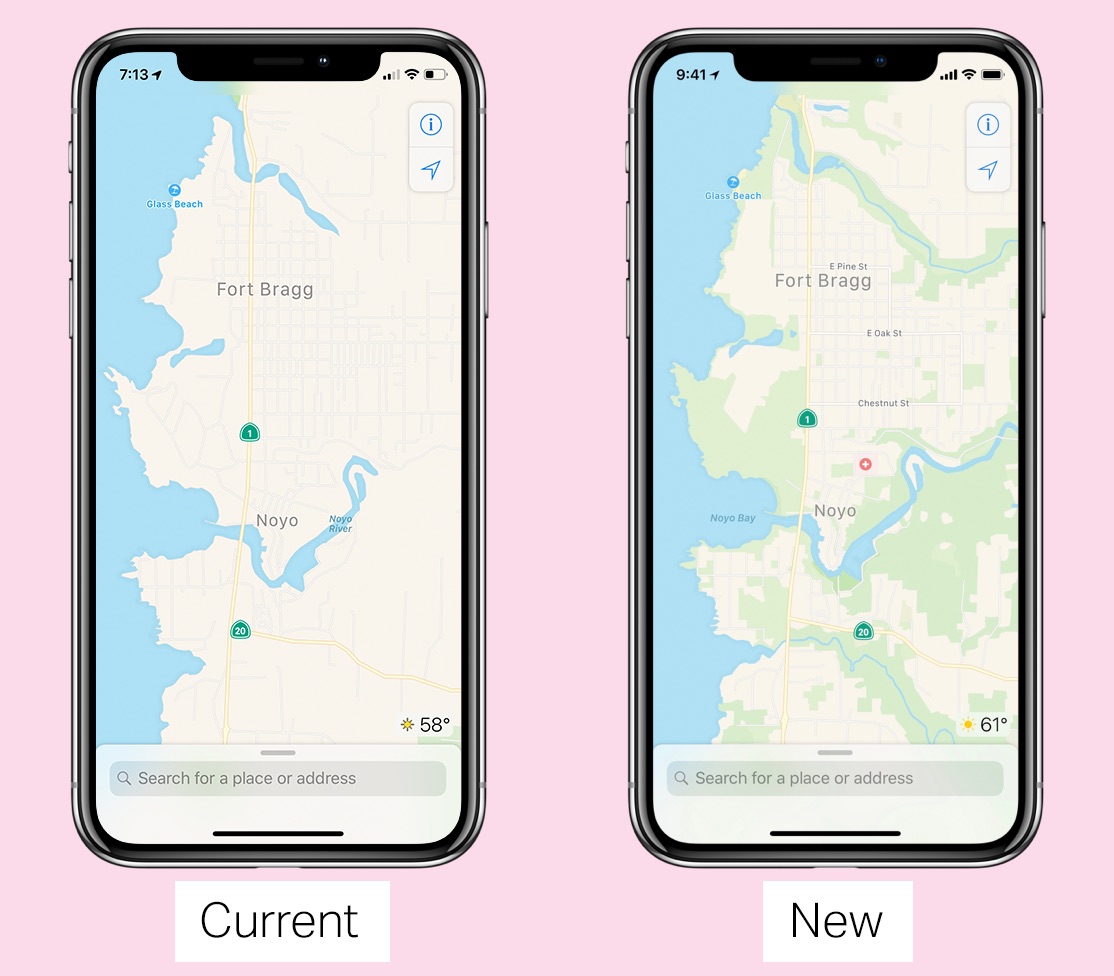 Cue says Apple wants to have the best map app in the world.

“We have been working on trying to create what we hope is going to be the best map app in the world, taking it to the next step. That is building all of our own map data from the ground up.”

One key to this is being able to update road data more quickly.

"A road network is something that takes a much longer time to change currently. In the new map infrastructure, we can change that relatively quickly. If a new road opens up, immediately we can see that and make that change very, very quickly around it. It’s much, much more rapid to do changes in the new map environment."

Another import aspect of maps is high resolution image data. Apple is now using vehicles equipped with a GPS rig, four LiDAR arrays, and eight cameras to shoot overlapping high-res images. Inside there is a Mac Pro bolted to the floor and attached to an array of SSD drives for storage. A single USB cable goes to the dash where it connects to an iPad that runs the mapping capture software. Each drive captures thousands of images, a full point cloud, and GPS data. 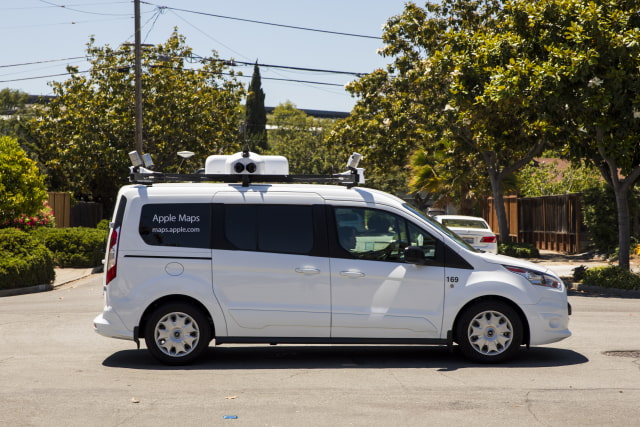 Cue notes that Apple will gather mapping data from users while continuing to protect its user's privacy.

“We specifically don’t collect data, even from point A to point B,” says Cue. “We collect data — when we do it —in an anonymous fashion, in subsections of the whole, so we couldn’t even say that there is a person that went from point A to point B. We’re collecting the segments of it. As you can imagine, that’s always been a key part of doing this. Honestly, we don’t think it buys us anything [to collect more]. We’re not losing any features or capabilities by doing this.” 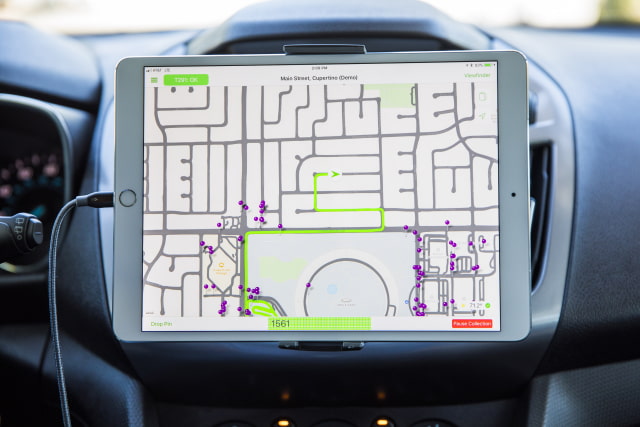 Apple also uses semantic segmentation and Deep Lambertian Networks to analyze the point cloud coupled with the image data captured by the car and from high-resolution satellites in sync. This allows 3D identification of objects, signs, lanes of traffic and buildings and separation into categories that can be highlighted for easy discovery.

A new tool lets human editors look at real images of street signs taken by the car next to 3D reconstructions of the screen and computer vision detection of the signs, instantly recognizing if they are accurate. Another tool lets editors quickly move an address to the center of a building and set access points.

More details in the full report linked below. A preview of the new Maps for San Francisco and the Bay Area will be available next week.

“We haven’t announced this", says Cue. "We haven’t told anybody about this. It’s one of those things that we’ve been able to keep pretty much a secret. Nobody really knows about it. We’re excited to get it out there. Over the next year, we’ll be rolling it out, section by section in the US.” 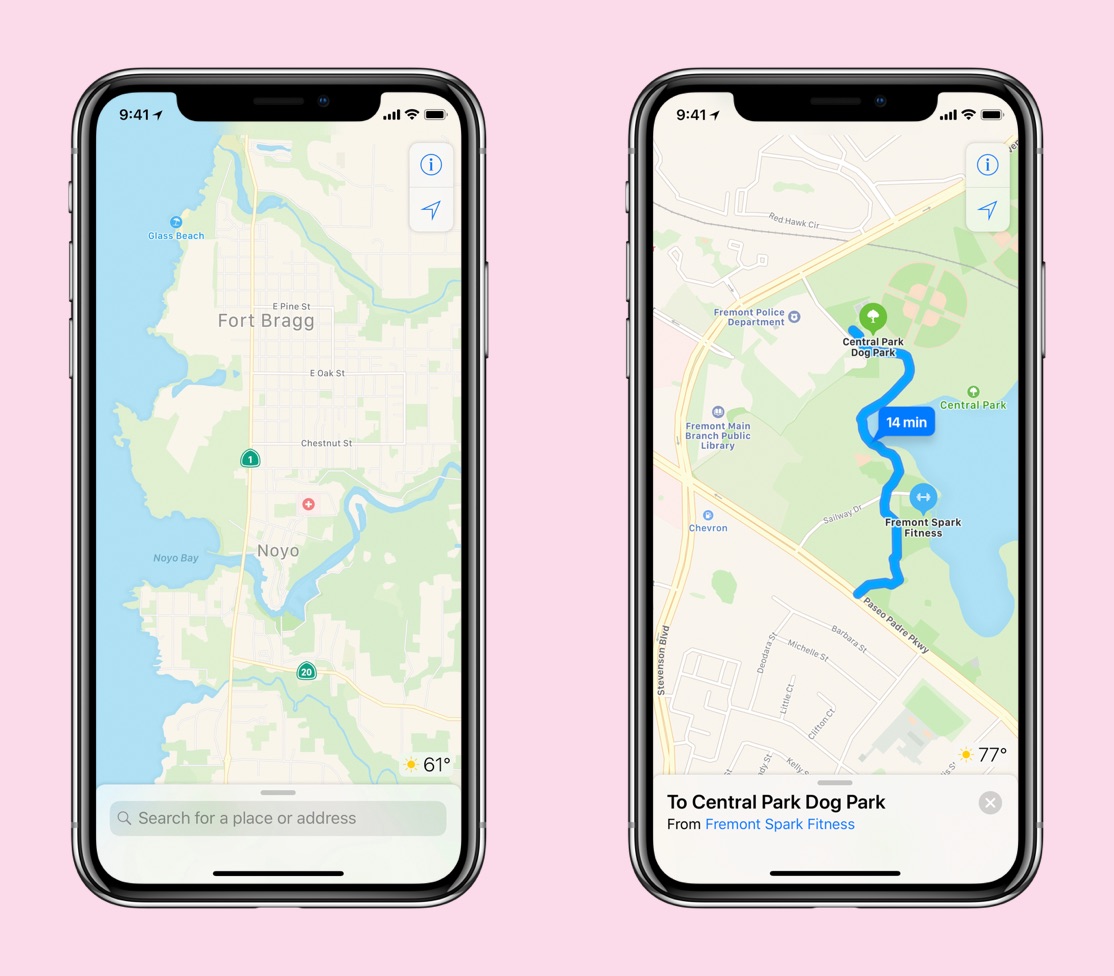 Tech Jedi - July 5, 2018 at 3:32pm
Strange that I hated Apple maps at the beginning but when TomTom took over it is better than google maps. I have been lost several times with google maps. So I will have to disagree. I prefer Apple maps.
Reply · Like · Mark as Spam