The popular Affinity Photo app for iPad has been updated with numerous improvements including brush nozzle base texture mode, a new undo/redo gesture, drag modifiers, and much more.

Affinity Photo is the first fully featured, truly professional photo editing tool for iPad - built from exactly the same back-end as our award-winning desktop version and fully optimised to harness the power of iPad’s hardware and touch capabilities. Photo for iPad offers an incredibly fast, powerful and immersive experience whether you are at home, in the studio, or on the move. With meticulous attention to detail each tool, panel and control has been completely reimagined for touch. All rendering, adjustments, brushes and filters have been fully hardware accelerated using Metal. The result is an all-new way to interact with your images, with performance you will find hard to believe. 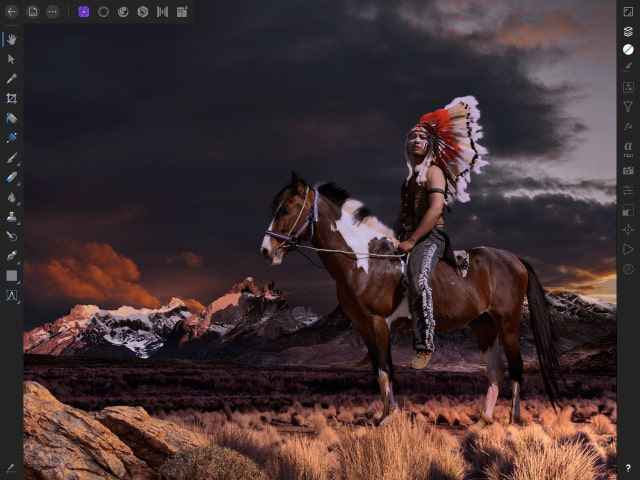 What's New:
● Added support for brush nozzle base texture mode.
● New Undo/Redo gesture with two and three finger tap.
● Added drag modifiers to studio icons for colour, text, navigator and history.
● Added canvas rotation control via Navigator Studio.
● Added swipe gesture to swap primary and secondary colours on the Color Studio
● Context menu now uses a long-press release gesture to invoke.
● Added two-finger hold gesture to resize a layer from its centre.
● During shape creation, a two-finger hold gesture will transform the layer.
● On the Layers Studio, with a layer selected, a two-finger tap on another layer will select all layers in between.
● On the Layers Studio, pinch inwards (either vertically or horizontally) to group selected layers. To ungroup, do the opposite and pinch out.
● With the Move Tool active, a two-finger hold gesture on a layer plus a one finger drag duplicates the selected layer.
● Easy access to merge and rasterise commands via Layer Studio icons.
● New Export persona. A new workspace for exporting regions of your image as slices.
● Improved brush stroke lag and small stroke response.
● Brushes remember previously used stroke settings.
● Move any custom brush to any category.
● Added support for on-screen keyboard trackpad mode.
● Added Tab key to on-screen keyboard context bar.
● Updated Persona icons.
● Numerous other improvements and bug fixes.

You can purchase Affinity Photo from the App Store for $13.99. 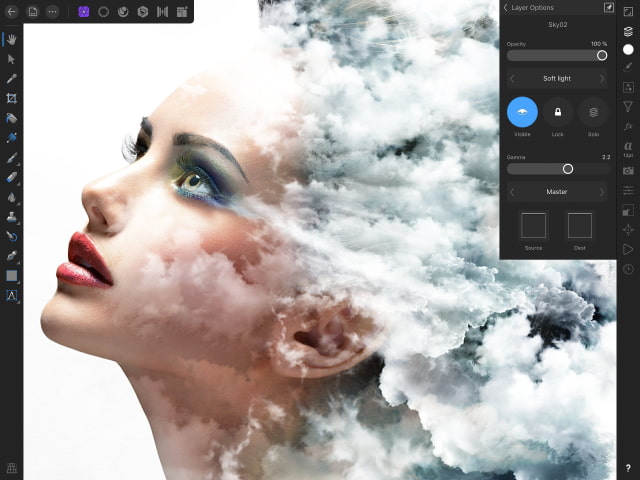 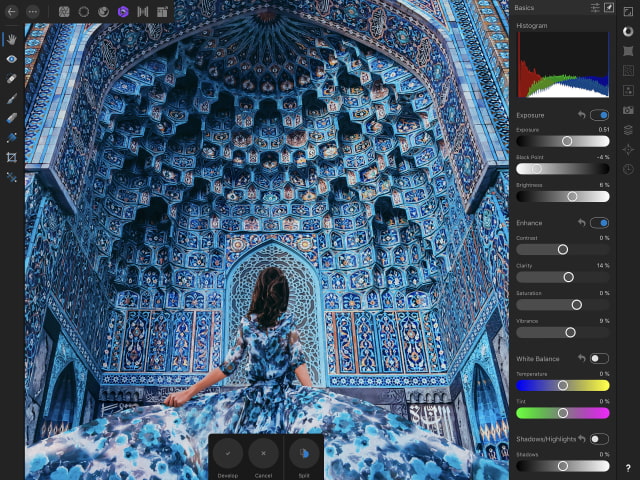 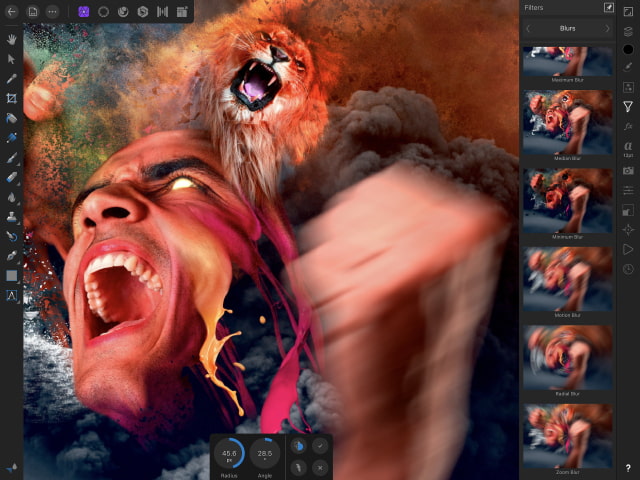