Saurik has released an update to Cydia Impactor, a tool used to install IPA files on iOS and APK files on Android.

The update adds support for iOS 12 and allows users to ignore SSL errors.

You can download Impactor for Windows, Mac, and Linux at the link below! If you already have Impactor installed you should be prompted to update the next time you launch the application. 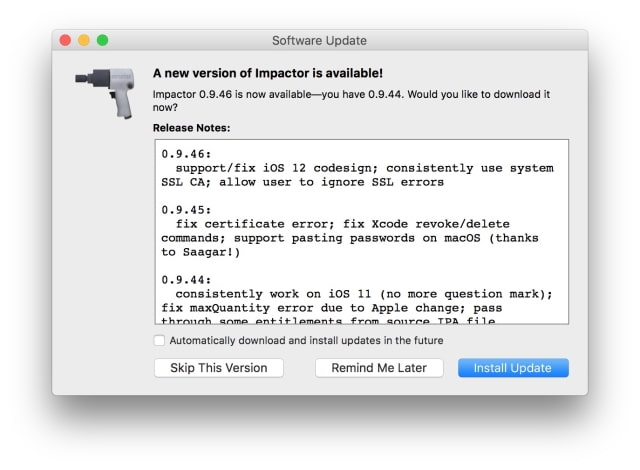 charlydx21 - September 20, 2018 at 2:23am
Are people still jail breaking? Why??! You gotta be a real free king sheep to still want to jailbreak your device.
Reply · Like · Mark as Spam