The 12MP sensor in the dual-camera setup’s wide-angle module is now larger than before, featuring 1.4 µm pixels compared to 1.22 µm on the iPhone X. But like the previous version, the new lens channels light onto the sensor through a 6-element lens with an f/1.8 aperture, and as before, the 2x tele-camera comes with 1.0µm pixels and an f/2.4 aperture in a six-element lens. Both lenses are optically stabilized.

The iPhone XS also features improved image processing and software. When taking a photo, the camera captures a multi-frame buffer at different exposures allowing for zero shutter lag and HDR processing. In video mode, the iPhone XS shoots 4K video at 60fps and 1080p HD at up to 240fps. A faster sensor allows for better video stabilization and reduced jello effect. The camera can also shoot video with expanded dynamic range when at 30fps.

DxOMark scores the iPhone XS at 105 behind the Huawei P20 Pro at 109 but ahead of all other tested smartphones including the Samsung Galaxy Note 9.

With a DxOMark Mobile overall score of 105, Apple’s iPhone XS Max achieves an excellent second place in our smartphone ranking and is currently surpassed only by Huawei’s triple-camera juggernaut P20 Pro. The camera’s highlight is its outstanding video quality in bright light. Footage recorded outdoors on a bright day shows a very wide dynamic range, vivid colors, and high levels of detail. In addition, a very effective image stabilization system keeps camera shake to a minimum, making the new iPhone an enticing option for any mobile video shooter.

Testers found that still images in bright light were excellent and exposure when outdoors was spot on. One area that could use improvement is zoom performance. While slightly better than last year, testers found that the zoom images taken with iPhone XS Max showed coarse luminance noise and less detail than some high-end rivals.

Hit the link below for the full review! 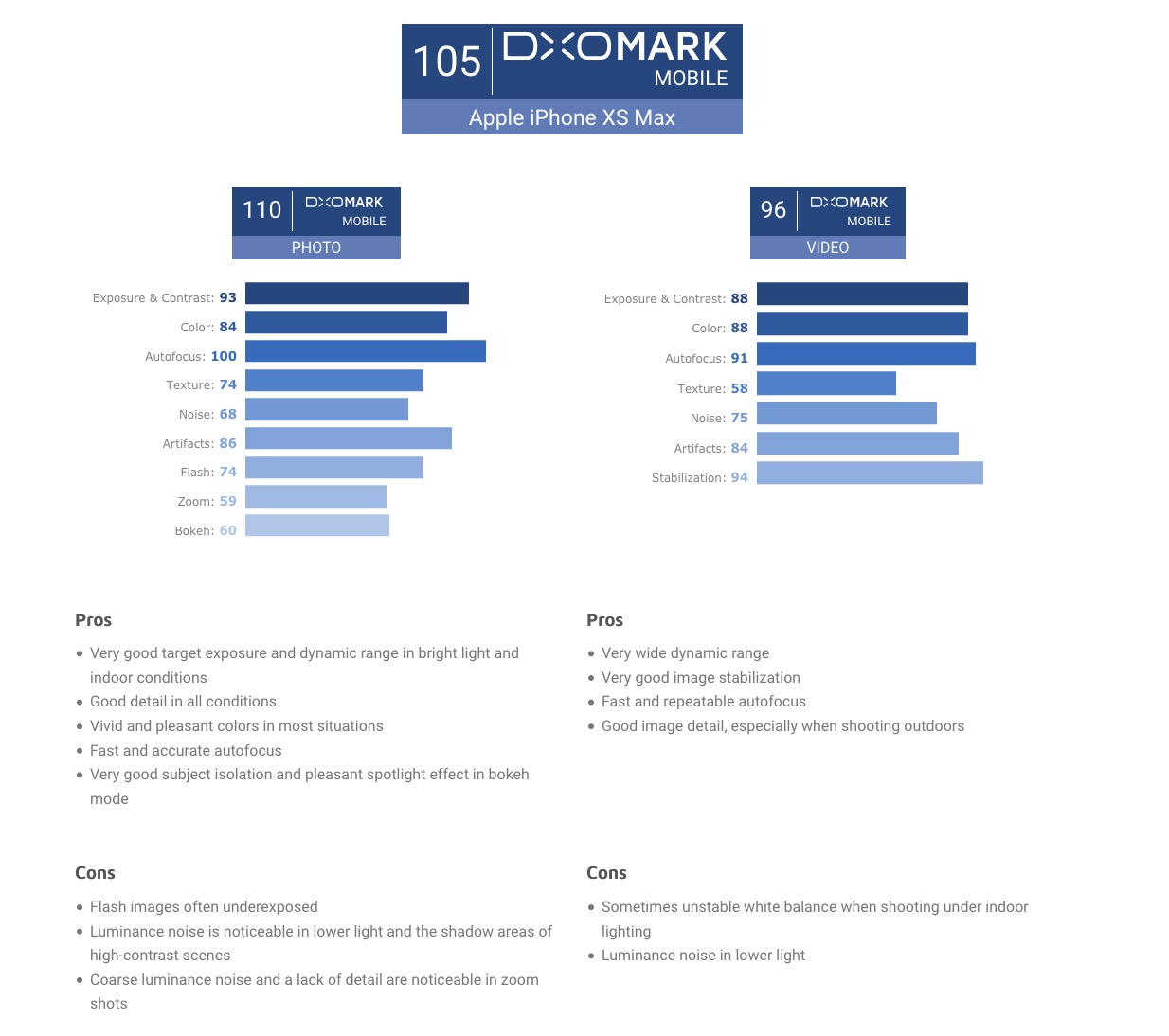 LeoNyx86 - October 3, 2018 at 5:40pm
And some people on YouTube were saying it wasn’t better than Pixel 2 or Note 9. I am glad it did so well considering I spent €1219.00 and sign onto €30 per month plan. Photos are indeed vibrant and vivid as if you were in the photo like you were. I do wish you could get better zoom. I can’t wait until 48-49MP iPhone is available or telescopic capacity; special flat lens are in development.
Reply · Like · Mark as Spam

nocci - October 4, 2018 at 4:13am
I knew these gimmicks as a vain attempt of passing it down as marketing would brainwash people into listening to what other companies said about it. It's blind leading the blind in other words.
Reply · Like · Mark as Spam