Twitter has announced that iOS users can now view their timeline in reverse chronological order.

New on iOS! Starting today, you can tap [stars] to switch between the latest and top Tweets in your timeline. Coming soon to Android. 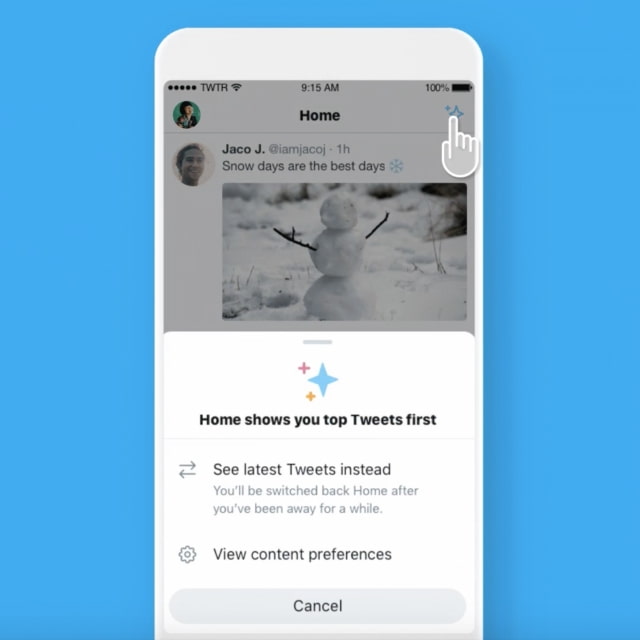 Twitter switched to an algorithmic timeline back in 2016 and users have been complaining about it ever since. In September, the company announced that in response to feedback it was working on a way to switch between a timeline of Tweets that are most relevant for you and a timeline of the latest Tweets. Now that the feature has arrived, give it a try and let us know what you think!