Amazon has announced that 2018 was a record-breaking holiday season with more items ordered worldwide than ever before.

“This season was our best yet, and we look forward to continuing to bring our customers what they want, in ways most convenient for them in 2019. We are thrilled that in the U.S. alone, more than one billion items shipped for free this holiday with Prime,” said Jeff Wilke, CEO Worldwide Consumer. “Thank you to our employees all around the world who are committed to bringing our customers the widest selection of products with low prices and fast and free delivery options throughout the holidays and all year long.”

Here are some more highlights...

Amazon Fashion
● One of the most popular brands sold on Amazon during the holiday season was Carhartt, with over one million of its items ordered.
● Some of the most popular brands bought with Prime Wardrobe during the holiday season were Amazon Essentials, Daily Ritual and Goodthreads, in addition to Calvin Klein, Champion, and UGG.
● As a top trend, athleisure was a holiday gifting favorite this season with a wide assortment available on Amazon from customer-loved brands including Champion, Alo Yoga, Nike, adidas and Monrow.
● Amazon Essentials and Simple Joys by Carter's, along with adidas, Columbia, and Nike were some of the most selected fashion brands added to Amazon Wish Lists this holiday season.

If you didn't get the gift you wanted, the site still has some Year-End Deals available which can be found here! 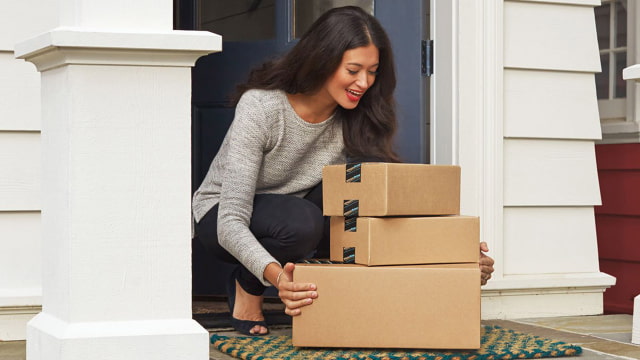