Check out these photos of the prototype development board for the first iPhone obtained by The Verge.

Apple was secretly working on the iPhone for over two and half years before Steve Jobs unveiled it. The project was only known by the codenames “M68” and “Purple 2” and engineers were given special development boards that contained nearly all of the iPhone's parts spread out across what looked like a large motherboard. 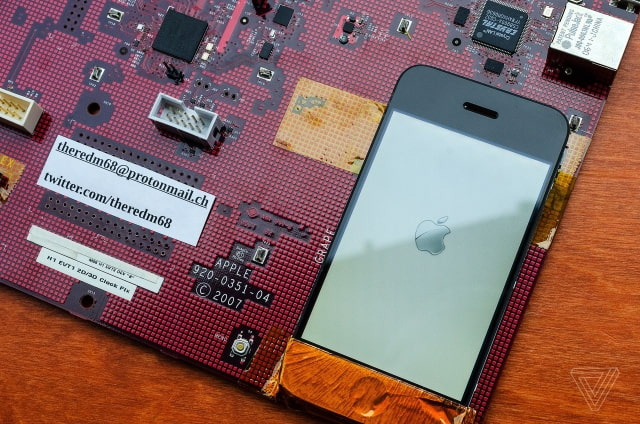 Images of the original iPhone M68 prototype board from 2006 / 2007 were obtained from Red M Sixty, a source that wishes to remain anonymous.

Apple developed this particular board, an engineering validation test (EVT) sample, for engineers working primarily on the software and radio portions of the original iPhone. These developers wouldn’t know the final form of the iPhone, and sometimes these boards were even supplied without the screen you’ll see attached in our exclusive photos. Apple only uses red printed circuit boards for its prototype iPhone hardware, favoring blue, green, and other colors for production units.

Check out a couple photos below and hit the link for more details on how the development board was used. 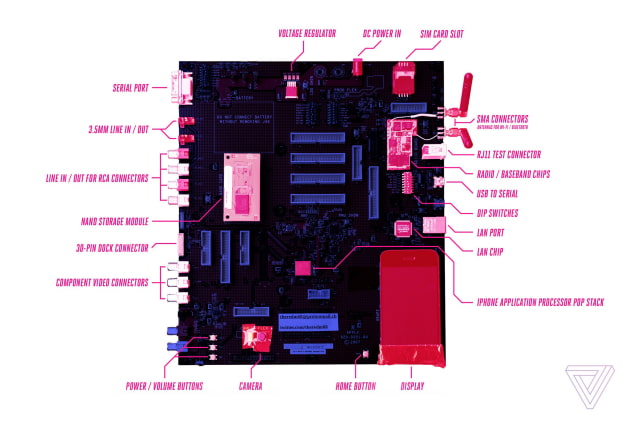 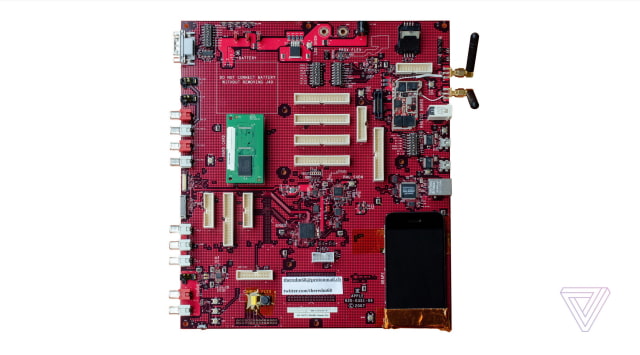