The next major version of macOS will feature standalone Music, Podcasts, Books, and TV apps, reports Guilherme Rambo for 9to5Mac.

I’ve been able to confirm with sources familiar with the development of the next major version of macOS – likely 10.15 – that the system will include standalone Music, Podcasts, and TV apps, but it will also include a major redesign of the Books app.

The new Books app will reportedly have a similar sidebar to the News app for macOS and a narrower title bar with different tabs for Library, Book Store, and Audiobook Store. When on the Library tab, the sidebar lists your Books, Audiobooks, PDFs, and other collections.

As recently suggested by developer Steve Troughton-Smith, the new Music, Podcasts, and TV apps will be made using Marzipan, an internal multistep initiative that aims to help developers build one version of their app for iOS and macOS by 2021. The first step, which will purportedly be announced at WWDC 2019, is the ability to port iPad apps to macOS via a new SDK.

Sources say that Apple will still keep the iTunes app around in macOS 10.15 as it still doesn't have a new solution for manually syncing and backing up devices with the Mac. 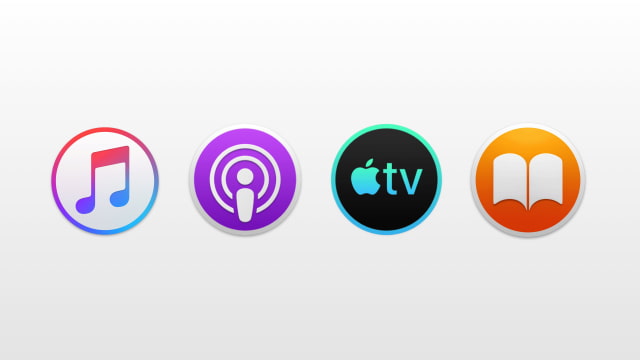