At the Huawei Developer Conference today, Huawei unveiled HarmonyOS, a new microkernel-based, distributed operating system that can be used across a wide range of devices.

"We're entering a day and age where people expect a holistic intelligent experience across all devices and scenarios. To support this, we felt it was important to have an operating system with improved cross-platform capabilities," said Richard Yu, CEO of Huawei's Consumer Business Group. "We needed an OS that supports all scenarios, that can be used across a broad range of devices and platforms, and that can meet consumer demand for low latency and strong security."

"These were our goals with HarmonyOS," he continued. "HarmonyOS is completely different from Android and iOS. It is a microkernel-based, distributed OS that delivers a smooth experience across all scenarios. It has trustworthy and secure architecture, and it supports seamless collaboration across devices. You can develop your apps once, then flexibly deploy them across a range of different devices."

HarmonyOS will first be used for smart devices like smart watches, smart screens, in-vehicle systems, and smart speakers. However, if the company is banned from using the Android operating system, it claims to be able to quickly switch to HarmonyOS.

"If we cannot use it in the future, we can immediately switch to HarmonyOS," Yu said.

At this point, Huawei says it's still "unclear" as to whether they will be able to use Android moving forward. "We are waiting on an update," said Yu. 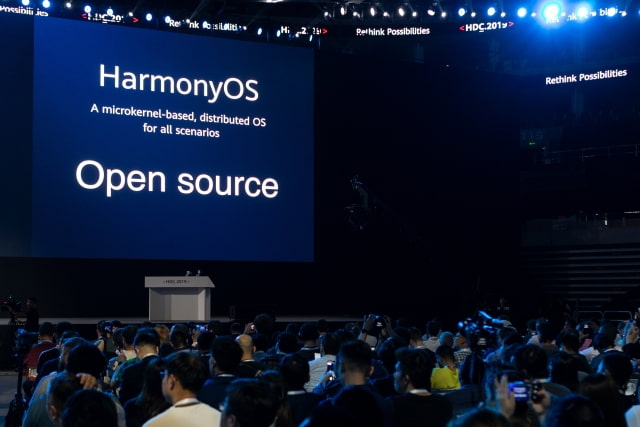 You can learn more about the features of HarmonyOS below...

3. Secure: Microkernel architecture that reshapes security and trustworthiness from the ground up
HarmonyOS uses a brand-new microkernel design that features enhanced security and low latency. This microkernel was designed to simplify kernel functions, implement as many system services as possible in user mode outside the kernel, and add mutual security protection. The microkernel itself provides only the most basic services like thread scheduling and IPC.

HarmonyOS is the first OS to use formal verification in device TEE, significantly improving security. In addition, because the HarmonyOS microkernel has much less code (roughly one-thousandth the amount of the Linux kernel), the probability of attack is greatly reduced.

4. Unified: Multi-device IDE allows apps to be developed once and deployed across multiple devices
Powered by a multi-device IDE, multi-language unified compilation, and a distributed architecture kit, HarmonyOS can automatically adapt to different screen layout controls and interactions, and support both drag-and-drop control and preview-oriented visual programming. This allows developers to more efficiently build apps that run on multiple devices. With a multi-device IDE, developers can code their apps once and deploy them across multiple devices, creating a tightly integrated ecosystem across all user devices.

The HUAWEI ARK Compiler is the first static compiler that can perform on par with Android's virtual machine, enabling developers to compile a broad range of advanced languages into machine code in a single, unified environment. By supporting unified compilation in multiple languages, the HUAWEI ARK Compiler will help developers greatly improve their productivity.
----- 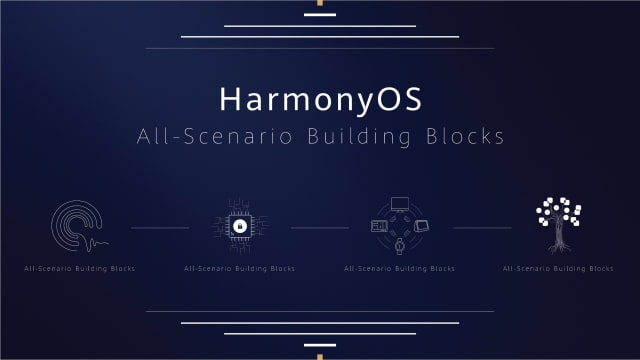 HarmonyOS 1.0 will first roll out to smart screen products then be improved and adopted across wearables, HUAWEI vision, and in-vehicle entertainment system over the next three years. To build an ecosystem of apps and developers, the operating system will be open-sourced.

As expected, China will be the first market to get HarmonyOS. Other global markets will follow.

"We believe HarmonyOS will revitalize the industry and enrich the ecosystem," said Richard Yu. "Our goal is to bring people a truly engaging and diverse experience. We want to invite developers from around the world to join us as we build out this new ecosystem. Together, we will deliver an intelligent experience for consumers in all scenarios." 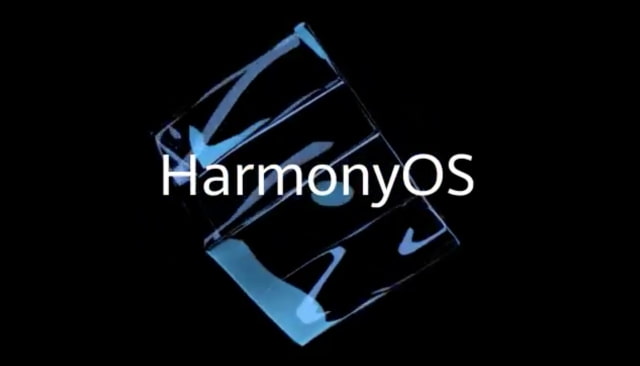 the voice of reason - August 9, 2019 at 3:54pm
Huawei, please sign me up. Since I am posting this from one of your phones, I presume you have all my relevant contact info anyway. Thank you, and long live Emperor Xi.
Reply · Like · Mark as Spam
Recent