Daring Fireball's John Gruber says that Adobe is 'all-in' on Photoshop for iPad following concerns that the app will be missing some important features at launch.

Last week, Bloomberg reported that Adobe still plans to launch Photoshop for iPad this year but some well established features would be missing. Despite this, sources tell Gruber that the app is built on the real Photoshop core and will add features on an aggressive schedule.

What I’ve heard, from multiple reliable sources, is that Adobe is genuinely all-in on Photoshop for iPad. They view it as a serious, top-shelf project for creative professionals. The team of engineers working on it has grown significantly from a year ago, and they have plans to add features iteratively on an aggressive schedule. It’s reasonable to be disappointed that it isn’t further along feature-count-wise, but anyone who cares about Photoshop for iPad as a long-term product should be very excited about its foundation, direction, and the attention Adobe is paying to the fine details of a touch-first Photoshop UI.

Hit the link below for more details and please follow iClarified on Twitter, Facebook, Google+, or RSS to be notified when Photoshop for iPad is available. 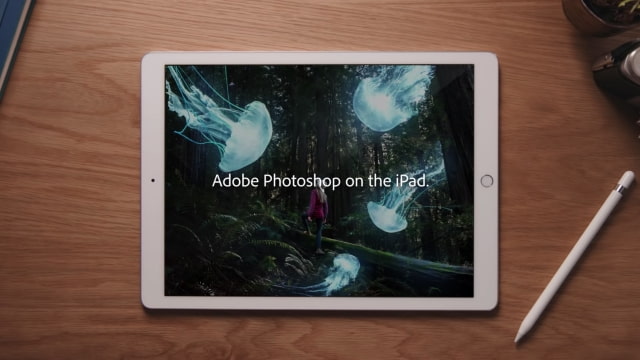 brand0 - October 22, 2019 at 5:11am
Until you can properly colour calibrate an iPad screen this is not going to be anything more than a rudimentary photo editing app that you can do some fancy graphic work on.
Reply · Like · Mark as Spam

Ace - October 22, 2019 at 1:13pm
You don’t know what you’re talking about. Both X-rite and Datacolor have products that will calibrate an iPad.
Reply · Like · Mark as Spam
Recent